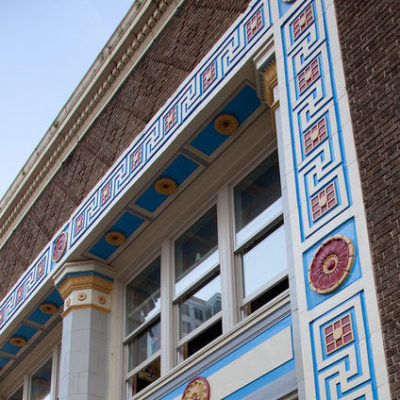 The following is the third installment in a series of guest blog posts that complement Charles Steffen’s recently published article “The Rise and Fall of Atlanta’s Skid Row” by highlighting the continuing pertinence of those issues in Atlanta today.

Like many large cities across the country, homelessness is a persistent and pervasive feature of Atlanta. As Charles Steffen discusses, this dates back to the early 1980s when the decline of skid rows and very affordable Single Room Occupancy (SRO) hotel rooms accelerated. Unlike many other large cities, however, city leadership has consistently underserved this population – at times in adversarial ways. For example, in preparation for the 1996 Summer Olympic Games, homeless people were given one-way bus and airline tickets to leave Atlanta. And former Mayor Shirley Franklin’s answer to the city’s homeless population was to convert the old Fulton County jail into an emergency shelter called Gateway. Even today, if asked about Gateway, many homeless people will quickly say “that place is terrible!”

Ironically, despite the conditions homeless individuals describe at Gateway, it’s the Peachtree-Pine shelter that receives resistance from City Hall and all the bad press. Over the last decade the city has been locked in legal battles with the Metro Atlanta Task Force for the Homeless over this shelter. The Task Force shelter is the largest in the Southeast, housing 600 men per night in the basement area, as well as serving as an overflow facility on its first floor for women and children who cannot find shelter elsewhere. While debates continue about the conditions in the men’s shelter, the city has proposed no alternatives and is actively attempting to close down the facility. In other words, close this facility down, and Atlanta has an even more pronounced homeless problem.

Most recently, Mayor Kasim Reed has proposed to close the shelter by enforcing eminent domain in an effort to turn the facility into a state-of-the-arts joint police and fire station. Yet, prompted by reporters about where homeless citizens will go if the shelter was shuttered, Reed only had a vague response that the city would open several smaller emergency shelters. Additionally, a recent plan to open a shelter for women and children in the West End was met with strong neighborhood opposition.

However, as these debates rage, what doesn’t get reported is the fact that there is already a shortage of emergency and transitional beds in the city and region. The most recent city and county point-in-time counts of the homeless population required by the US Department of Housing and Urban Development (HUD) put the number of homeless individuals per night in the city of Atlanta at 4,317. Yet, the city has only 3,906 emergency and transitional beds per night. The closure of the Peachtree-Pine shelter would further reduce this number to around 3,300 beds.

Moreover, complicating this situation is the fact that point-in-time counts typically undercount the homeless population since they miss “hidden groups” of homeless people. One largely hidden group is homeless youth, who meet the HUD definition of homeless yet may not be counted because they are more likely than other subgroups to have a temporary place to stay. According to the 2015 Homeless Youth Count led by Professors Eric Wright and Erin Ruel of the Sociology Department at Georgia State University, there are over 3,300 homeless youth in Atlanta. Issues surrounding the homeless youth population are intensified by the fact that the Atlanta Metropolitan region is a hub for child and youth sex trafficking.

In spite of the city government’s attempts to close Peachtree-Pine and inaction on providing new beds for homeless people, progress towards reducing homelessness among specific subgroups has been made by several non-profit organizations in the city and region. Atlanta’s United Way has successfully reduced the number of homeless veterans and families through their Housing First program. Likewise, HOPE Atlanta continues to make strides in reducing homelessness among many subpopulations through their transitional housing programs and Traveler’s Aid initiatives.

Still, more needs to be done and the city should not be leaving it up to non-profit groups working on shoestring budgets. Likewise enforcing eminent domain to close the largest emergency shelter in the city is not the answer. Homelessness remains pervasive in Atlanta and emergency beds are needed on a nightly basis, as well as more permanent housing solutions. The city should be taking the lead on such strategies that have been successful in other cities across the country.