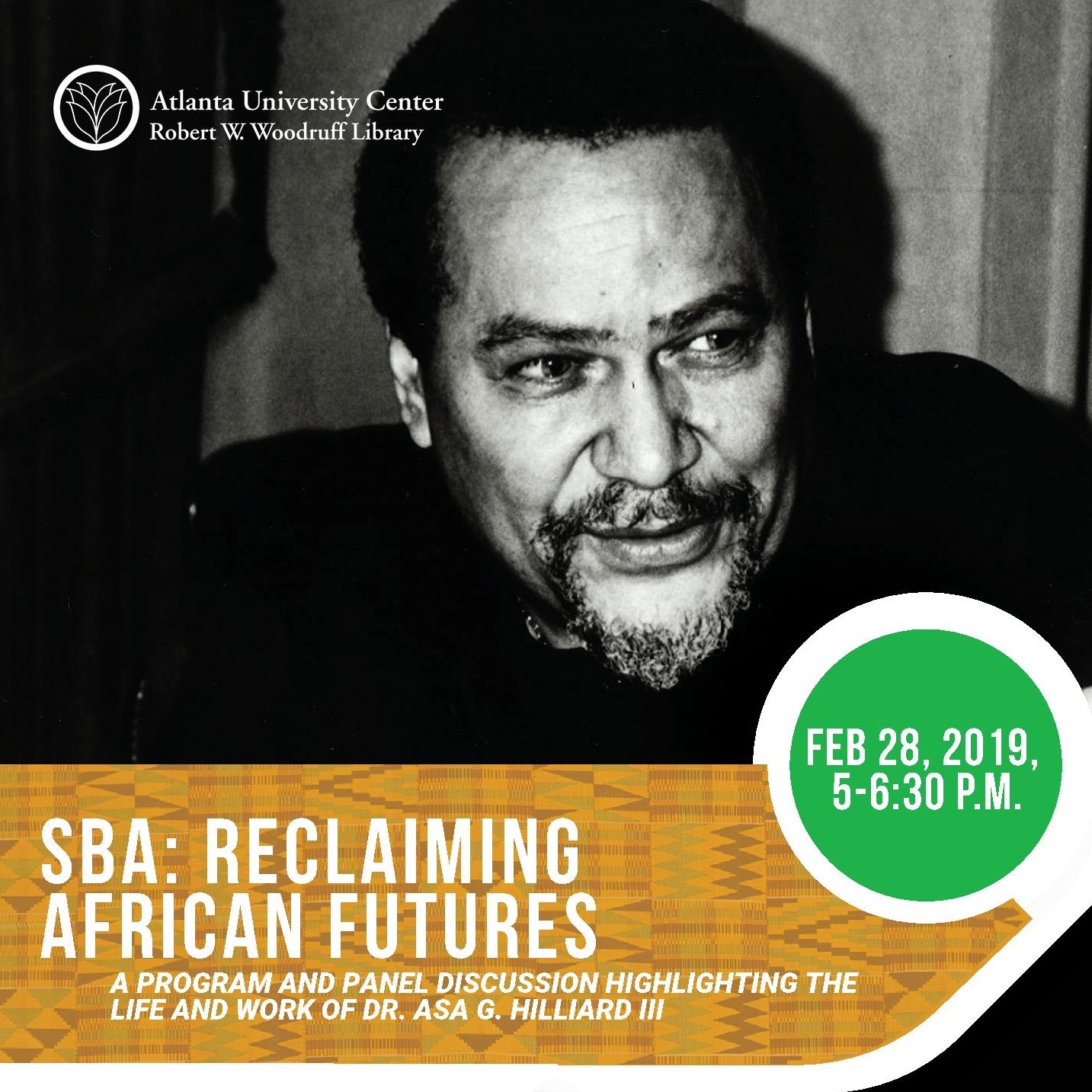 On February 28, 2019, at 5 pm, the Atlanta University Center Robert W. Woodruff Library will host a program and panel discussion about the life and work of Asa G. Hilliard III, including a special viewing of his collection.

In 1980, Hilliard was appointed Fuller E. Calloway Professor of Urban Education at Georgia State University, where he taught in three departments: Special Education, the Department of Educational Psychology and the Department of Educational Policy Studies. Over his twenty-seven years as a professor at Georgia State University, Dr. Hilliard was a leading advocate of African history and an interdisciplinary scholar who skillfully combined educational psychology, sociology, history and political science. Throughout his career Hillard also served as a consultant to school districts, universities, and government agencies on African content in curriculum, assessment, public policy and teacher/staff development. “Asa is known as the ‘conductor’ of the modern African-centered educational movement, but he was so much more than that. He was a father, a friend, and my husband for nearly fifty years,” said Patsy Jo Hilliard, Asa Hilliard’s wife, who also was elected the first African American mayor of East Point in 1992. “With holdings uniquely documenting the African experience, there is no better home for his collection than the Atlanta University Center Robert W. Woodruff Library. My hope is that his life’s work inspires the next generation of educators and activists.”

This event will give participants an intimate look at Hilliard’s body of work and allow them to hear about his impact from experts in academia and African American studies, including Elletta L. Denson, School Governance Council chair and teacher at Asa G. Hilliard Elementary School, Daniel Black, African American Studies professor at Clark Atlanta University and Tanya Clark, English professor at Morehouse College. The discussion will be moderated by Sam Livingston, director of the African American Studies program at Morehouse College.

The event is free, but RSVPs are requested. More details are on the AUC Woodruff Library exhibits and news page.