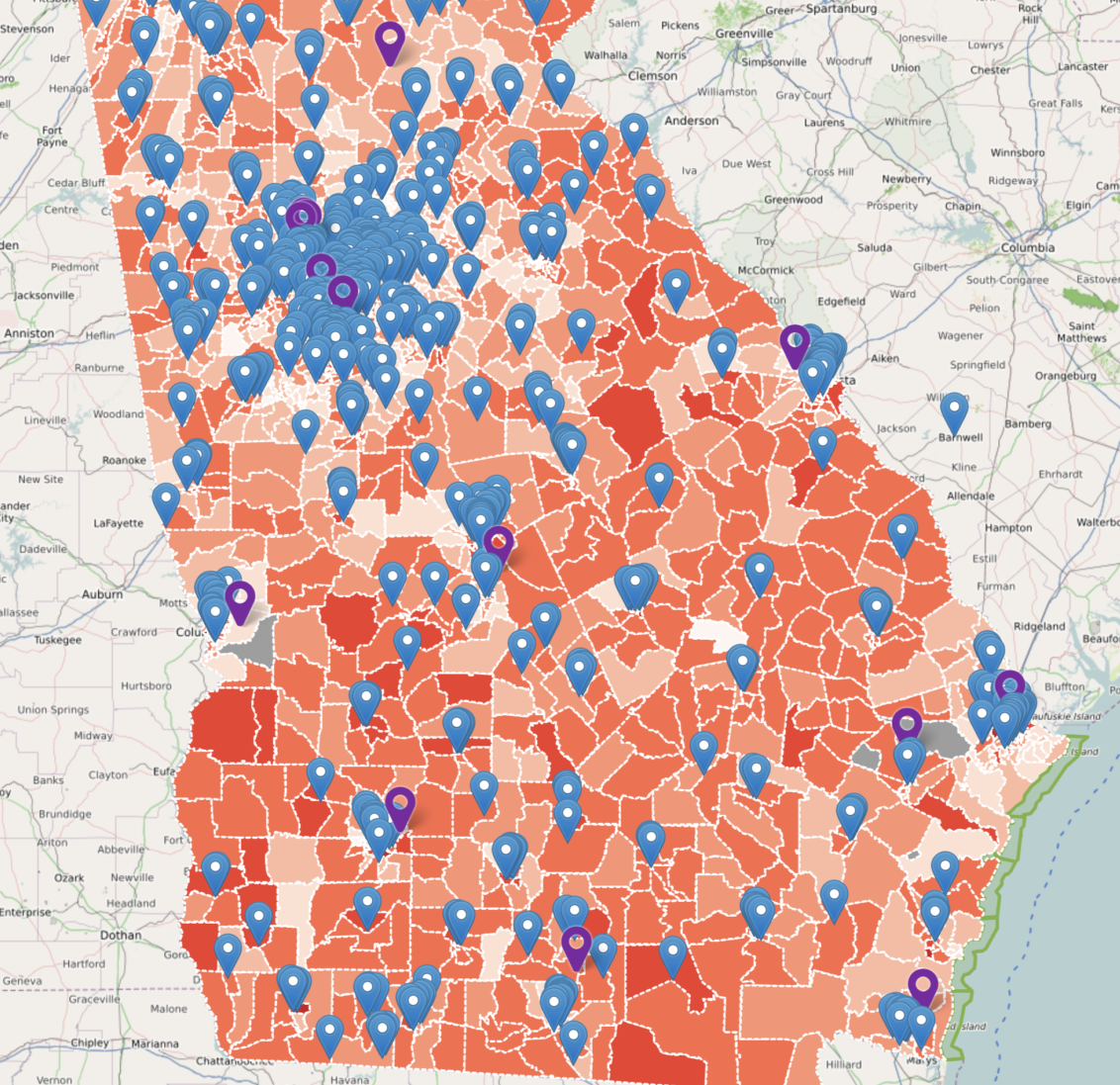 Title pawn lending, a practice in which a lender holds the title to a consumer’s car as collateral on a transaction, is prevalent in lower-income Georgia communities where families often struggle to pay for unexpected costs like medical bills or car repairs.

Georgia is home to three of the nation’s largest car title lending companies, and in 2016, Georgia ranked sixth highest in the country for the number of car title loans.1 Title pawn lenders prey on consumers with low financial literacy and entice desperate borrowers by offering quick cash with no credit check. Interest rates for car title loans in Georgia can be as high as 300 percent, and one in five borrowers who obtain a car title loan ultimately have their vehicle repossessed.2  Those Georgians then lose their only form of transportation, further trapping them in a cycle of debt and poverty.Georgia Watch, a nonprofit consumer advocacy organization, works to protect consumers’ hard-earned incomes and close opportunity gaps. As part of our policy work, we research various financial products, such as title pawn loans, and their impact on Georgia consumers. We then use this research to educate consumers and inform legislators about policy solutions that could help Georgia become a more equitable and prosperous state. As part of these efforts, Georgia Watch recently embarked on a project with the Student Innovation Fellowship at Georgia State University to map title pawn lending locations across Georgia. Combining Google Maps search results with online Yellow Pages data, this project revealed an astounding 755 title pawn lending locations in Georgia in 2018. Notably 74.4 percent of those title pawn lenders are operating in areas with a poverty rate above the national average according to census data our team consulted.

While this data may be informative on its own, maps allow us to tell the story in a more visually engaging way. The ATLMaps platform presented an opportunity to visualize and better understand the relationship between the presence of title pawn lenders and other data sets. For example, one need only glance at the map of Atlanta to the right to quickly see that car title lenders (blue icons) often cluster around and along highways in areas such as northeast Atlanta’s Buford Highway – an area famous for its large and diverse immigrant community. In these areas, financial literacy is low, and people often live paycheck to paycheck. Moreover, a striking correlation can be seen between poverty rate by census tract and the clustering of these predatory lenders. The darker the red, the higher the poverty level of the census tract. One also quickly notes the conspicuous lack of car title lenders in wealthier areas such as Fayette County, East Cobb, Buckhead, and North Fulton. Finally, there are also visually apparent clusters of title lenders around military installations (purple icons) such as Dobbins Air Force Base in Marietta. In the future, we envision adding other layers to this project to further illustrate the geographies predatory lenders are exploring including demographic layers from the census as well as the location of food and bank deserts.Georgia Watch plans to use these maps to push for legislation that better regulates the car title lending industry and protects consumers from these dangerous loan products. In these efforts, the ATLMaps platform invaluably enables consumers, advocates, leaders and legislators from communities throughout the Atlanta metropolitan region and across the state to see how title pawn lenders are preying on their most vulnerable citizens.