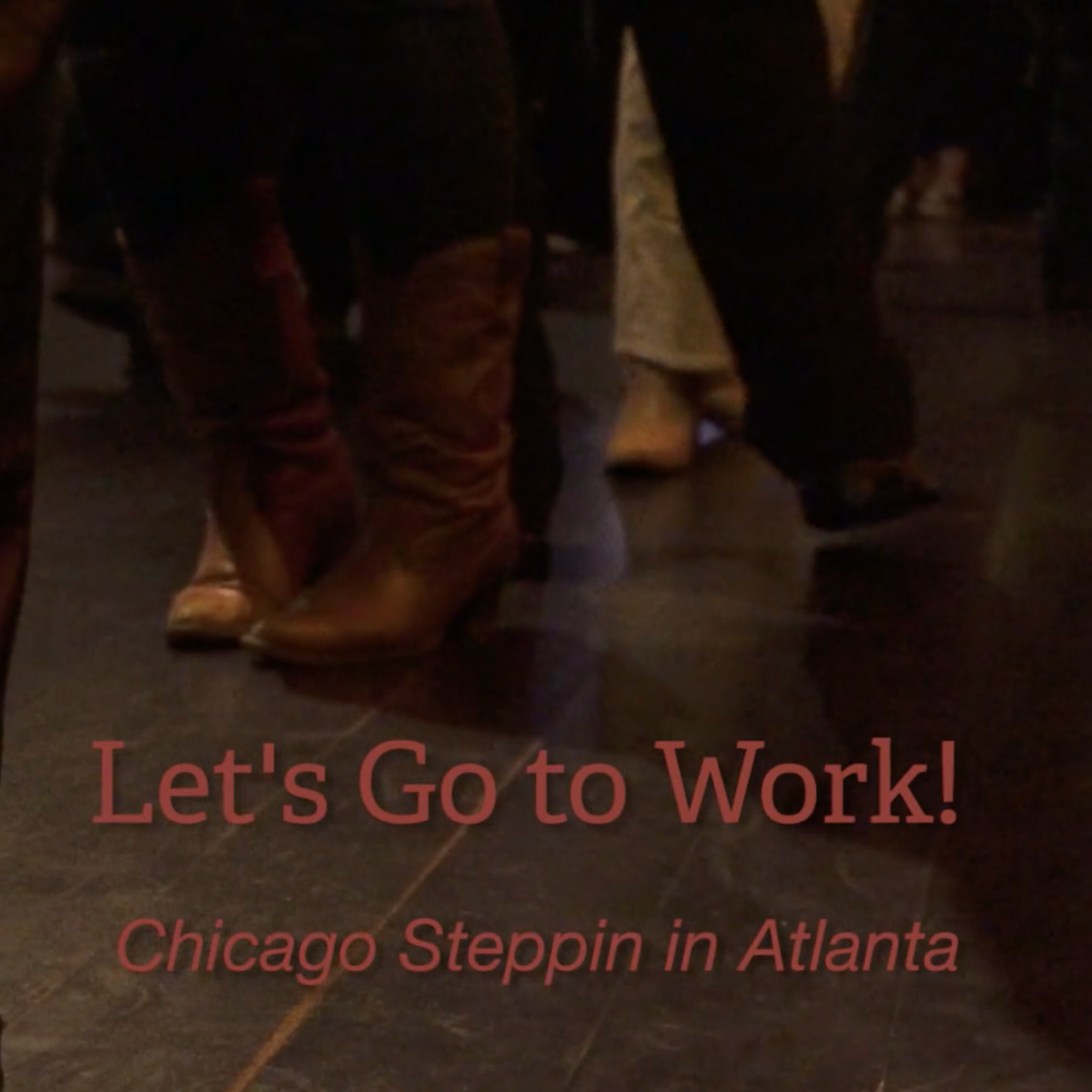 Keep the Count: Screening Stories of Chicago Steppin in Atlanta

On February 21, 2017, the Rose Library sponsored “Let’s Go to Work!” Chicago Steppin in Atlanta as part of its monthly series of programs to celebrate the recently installed Still Raising Hell exhibit.

The event attracted an audience of more than ninety dancers active in a ballroom-style dance called Chicago Steppin and curious onlookers from in and outside of Emory. A DJ kicked off the evening at the Rose library program and the Steppers present “went to work” in the halls of the exhibit. This initial hour of dancing was followed by a panel discussion with three instructors and promoters who talked about their roles in growing the Chicago Steppin community in Atlanta.

Chicago Steppin is a social, partnered, ballroom-style dance in the swing family that some have lyrically described as the “Jazz of ballroom.” Although rooted in Chicago, over the past two decades the dance and the subculture that sustains it has been transplanted to cities around the country. Atlanta in particular has become a popular Steppin outpost for Steppers with ties to Chicago because of its mild winters and reputation for nurturing thriving black communities.

There were two main goals of the program. The first was to introduce dancers active in the Atlanta Chicago Steppin scene to the vast resources at Emory’s libraries and to broaden their dialog about the significance of the practice to a general, non-Steppin public audience. In my nearly ten years of observing this community, I have seen few opportunities for Steppers to reflect on the dance and its significance with others outside of the community. By being in the Schatten Gallery, surrounded by the Rose Library collection of Camille Billops and James Hatch, I hoped that Steppers would come away from the event seeing themselves in a different light and inspired to think more deeply about the importance of preserving the art form they have created.

The second purpose of the program was to screen “Let’s Get to Work!,” a short film on Steppin produced at Emory’s Center for Digital Scholarship (ECDS), which you can watch below. As someone who has had a personal and professional interest in Steppin ever since I was introduced to the subculture while I was a graduate student at Emory nearly a decade ago, I have always believed that the story of this dance form and its culture would best be told via a visual medium, especially because of the strong emphasis on self-expression and fashion in the subculture. When I was finally presented with the opportunity to work with ECDS on the video on Steppers in Atlanta, I felt the incredible weight of choice and an overwhelming sense of responsibility to choose wisely in how I represented this practice and community. In particular, I knew my choices about who to ask to participate in the piece would ultimately dictate whether those in the subculture saw it as legitimate.

To Steppers who have been immersed in this community for decades, I am not the ideal storyteller because I am not originally from Chicago. Moreover, compared to Steppers who grew up surrounded by the sights and sounds of the subculture, my ten years Steppin represent a relatively short period of time. Finally, I am also not a “heavy hitter,” a descriptive term that Steppers use to describe dancers who are extraordinarily gifted and who have gained the community’s admiration. Since experience and skill are the highest form of currency in a Stepper’s world, to some in the community I did not have nearly enough of either to warrant the privilege of telling their stories.

]As an active Stepper, I understand and agree with these critiques. In an ideal world, the creators of this dance and main influencers within the subculture would be the producers of this film. There have been many previous attempts to tell visual stories about what the Steppin community is and what it means to people, but few of those have been completed or made available to a public audience. Additionally, there are a host of socio-economic and cultural factors that have prevented these narratives from being told both within Steppin subculture and to a broader audience. To mitigate some of these anticipated concerns, I consciously invited individuals to participate in the video who had established reputations in the Atlanta community for their dance ability, affability, and deep knowledge of the community both here in Atlanta and in Chicago.

Because Chicago Steppin’s story has been neglected for so long, there is much to tell, much more than could be accomplished with one short film. My vision for the film and the program is that each would offer a window into the world of Chicago Steppin in just one of its popular outposts, Atlanta, and that this peek into the community would compel others to look more closely at some of the dynamic sociological aspects of this dance and subculture. I remain hopeful that the project will also inspire new reflections among dancers in this community about the significance of the subculture and will galvanize those with resources to create new opportunities for Steppers with long tenures in the community to share their stories.