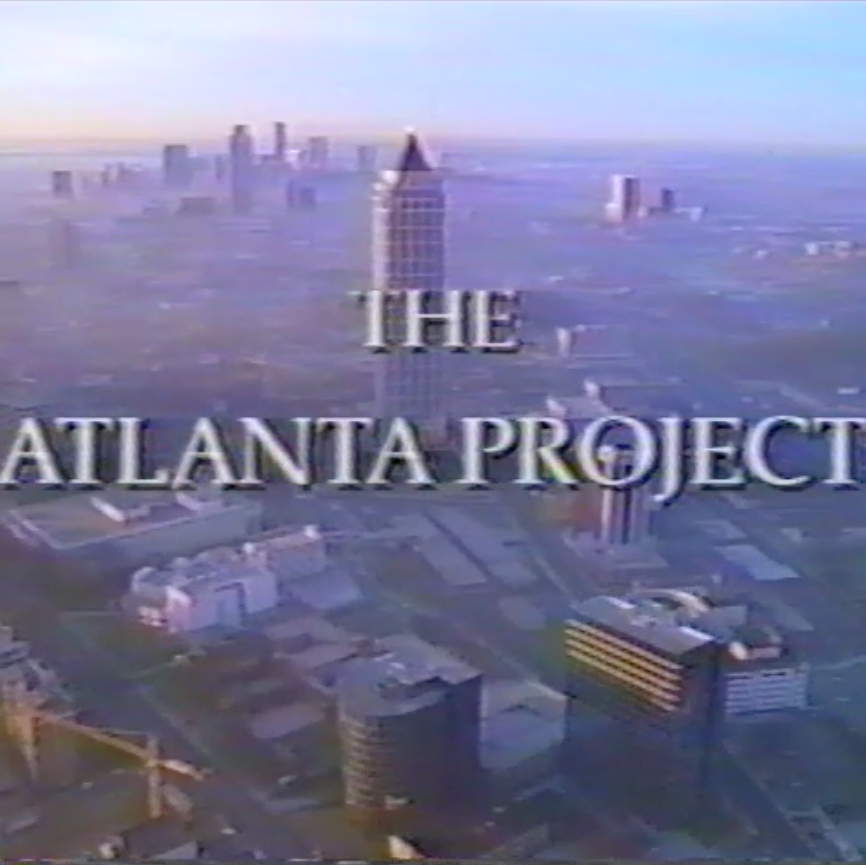 A Tale of Two Cities: The Atlanta Project and the Redevelopment of East Lake Meadows

As Adam Goldstein notes in his recent Atlanta Studies article, “A Purposely Built Community,” while Atlanta prepared to host the Olympics in the early 1990s, Jimmy Carter turned his attention to the problems plaguing the city in his home state of Georgia.

Ultimately, this attention would take the form of a Carter Center initiative called “The Atlanta Project,” which he described as “a community project of unprecedented range and complexity.” 1 Archival promotional footage of the initiative (displayed to the right) demonstrates that the framing of the project rested on the conceit that for all its postwar growth, the story of Atlanta had increasingly become a tale of two cities: one, an emergent “Olympic” city of global success, the other, a deeply impoverished urban center of the South. Carter himself never promised to directly fix the problems so dramatically exposed in the project’s promotional video. Yet as Jane Smith, the original executive director of The Atlanta Project, explains, the perception nonetheless soon became that they “would take care of all the things that nobody else would fix.” 2

Considering the indirect way The Atlanta Project functioned, its role in the story of East Lake Meadows’ redevelopment is perhaps easy to overlook. The Atlanta Project was certainly committed to confronting the issue of urban blight and poverty in Atlanta. Its aim, however, was not to address those issues through direct efforts, but rather “to bring people together, to facilitate and construct the discussion based on everybody’s best thinking” in what would ideally be a “neighborhood-based and resident-driven” approach funded by private instead of governmental sources. 3 Given such a mission, then, its role in East Lake Meadows’ redevelopment might well be termed a failure. For though East Lake Meadows certainly underwent a revitalization thanks in part to The Atlanta Project’s initial targeting of the neighborhood and the subsequent private investment from Tom Cousins, as Goldstein recounts, that revitalization was far from “neighborhood-based and resident-driven,” with the voices of residents repeatedly drowned out by those of the developers. And given that so many of the residents were ultimately displaced and replaced by the redevelopment, and thus never benefited from it, we are left to ask ourselves whether such actions in East Lake truly helped Atlanta dismantle the gap between the “two cities” or if they merely rearranged where the residents of those two vastly unequal cities might be found.