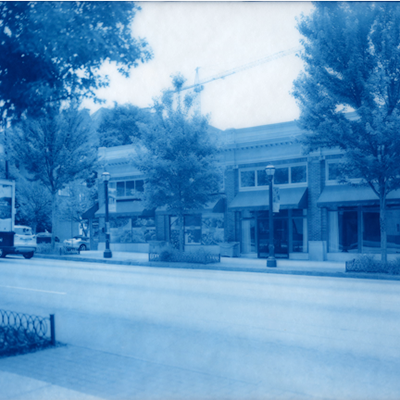 In their recent article, “Arts and Activism in 1970s Atlanta,” Julia Brock, Teresa Bramlette Reeves, and Kirstie Tepper provocatively suggest that “the activism of the 1970s has parallels to recent history in the city’s art world, namely in the artist-initiated organizations that began in the late 2000s, in the midst of another recession.”

Taking up this suggestion, over the coming weeks Atlanta Studies will be publishing a series of interviews with key figures in the growth of Atlanta arts organizations founded in the 2000s. These individuals’ stories illustrate the continuing pertinence of the issues that Brock, Reeves and Tepper interrogate in relation to 1970s Atlanta in their article, including the importance of community-based arts work, the relationship between the city administration and the art scene, and how the arts community can be divided by race.

These four interviews speak to the contemporary art scene’s embeddedness in “political, social, and economic structures of the city” and its “deep … connect[ions] to the social tensions and political realities” of the historical moment. These individuals’ experiences also speak to the ongoing importance of both activist energies and public support for the cultivation of a vibrant local art scene in Atlanta as well as the changing obstacles that impede the widely shared aspiration for an art scene that is inclusive of all of the diverse communities in Atlanta.

You can now read all of these interviews, in the order of their publication, via the following links: