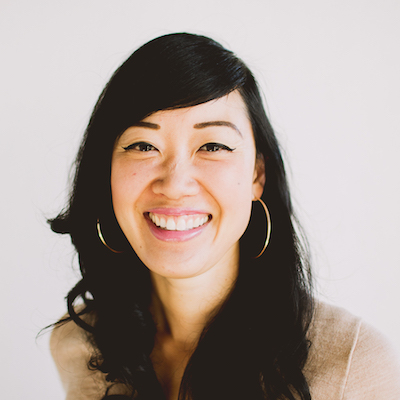 We recently sat down with Marian Liou, the founder of We Love BuHi to talk about the organization she has founded and her perspective on the place of Buford Highway in Atlanta today.

To begin, I was wondering if you might first tell us a bit about the mission behind We Love BuHi?

We Love BuHI catalyzes and supports a liveable, but still diverse, inclusive and thriving Buford Highway corridor. That is the mission right now. I think the larger mission for We Love BuHi is – and this is really big picture – about how our society is better and stronger when we recognize our diversity and celebrate that. Even though Atlanta is the birthplace of the civil rights movement, this is a story that has not been covered so much here. And with changing demographics, particularly with Asians and Latinos being the fastest-growing ethnic populations in the Atlanta metro region, I think that’s something we really need to start talking about and incorporating into the story we tell about Atlanta. I think it’s very timely and essential that we start talking about diversity from a broader, multicultural perspective, and Buford Highway already encapsulates that for a lot of people. And I think we also really need to talk about this, particularly for Buford Highway, because although that’s the identity of Buford Highway right now, it’s not static. Buford Highway may not always be this place, and If we are not talking about that now, there is certainly no guarantee that this will still be the area that is known for its diversity within metro Atlanta.

Thanks for laying that out for us. Now could you take us back to how We Love BuHi first came about?

So it all started off because I moved to Buford Highway in July 2014 and I was sort of frustrated with the coverage of Buford Highway in the media, which was always how ‘this is where you get good food.’ But that’s an incomplete narrative and I wanted to expand that. In particular, I really felt no one was really covering Buford Highway as just Buford Highway, so I started it just an Instagram account to tell that deeper and broader picture.

It’s interesting to think how far We Love BuHi has come, from that initial desire to show that there is “more than what the media is telling us” in the Buford Corridor to this larger vision which includes issues like development and community organization. Were there any specific moments you remember along the way when the project started to expand to encompass the larger vision?

Actually, there was one moment in particular. I think it was March 2015, not long after I had started the initial Instagram account. I went to this talk at Southface about tactical urbanism, because I had been following the conversation generally about changing Atlanta, gentrification, etc. and I had begun thinking that we needed to start implementing these ideas on Buford Highway, for example, having a “Streets Alive” for Buford Highway. At the beginning of each Southface talk everyone in the room introduces themselves and says what they do or why they are there. And after the talk, Sally Flocks [President of PEDS] came up to me and said something to the effect of “I’ve been talking about Buford Highway for years!” And other people came up to me and were really interested in what I was doing. was one moment where it really clicked that it needed to be about something bigger than I had initially thought. And then when Creative Loafing chose me as best neighborhood documentarian I realized that, even though for me Buford Highway had always just been this not so nice-looking, messy and chaotic place, it has different meanings for different people and significance in different ways.

Now going back to something you mentioned earlier about the narratives Atlanta does and doesn’t tell about itself, I wonder if you speak a bit more about where Buford Highway fits into the stories about race and diversity we tell in Atlanta, especially given the fact that issues around race and culture on Buford Highway seem to exceed the black-white racial binary the dominates Atlanta’s history?

When we talk about Atlanta as the birthplace of the civil rights movement or the New South, and “the Atlanta Way,” it is always about development. The economy and financial objectives always seem to over-ride or dominate any sort of real conversation about race. Nobody wants to talk about race, so instead let’s just talk about how we have the busiest airport! And we have this booming economy! And that can makes for strange bedfellows when the economy comes first. So we have this story here that we cooperate with each other regardless of what race of ethnic background we might come from because we all have a shared common goal in advancing Atlanta and achieving financial success.

Though this “Atlanta Way” benefits the leaders in each community, it doesn’t always capture what’s happening on the ground. While it may be in the best interests of people who are successful and benefiting from this to continue the narrative of racial reconciliation and compromise for the greater good, in reality the white majority power structure has often pitted minority groups against one another. So we have this narrative of Buford Highway as this multi-ethnic corridor that is peaceful and thriving, but that doesn‘t always fit, exactly, because, when you get into the details, there is a degree of intra-ethnic competition and hostility, including some that may be carried over from one’s native country— long-simmering tensions.From a distance, in one shopping center you might have a Guatemalan restaurant next to the Korean restaurant next to the Mexican taco place. And you see it and it looks beautiful in one sense, even though they may not get along. Or they might be competing over resources, such as parking, or customers. When there are three rolled ice cream shops, the owners probably aren’t the best of friends.

We also need to tell these stories of Buford Highway to fill out Atlanta’s story. The image of Atlanta as the birthplace of the civil rights movement is not up to date unless you talk about Buford Highway. That’s how it completes our story and it is modernized. That’s how its relevant today. Civil rights can’t have stopped in the 60s or the 70s, right? If it just stops then, it’s not still relevant today and for different groups.

In your op-ed “A vision for Buford Highway” published in Reporter Newspapers back in November you asked whether “possible, to ensure that the fortunes of the immigrants of Buford Highway do not fall as the fortunes of Buford Highway rise? Can both rise together?” In light of the article we recently published about the displacement of people of color in Sandy Springs as it develops its downtown, I wonder if you might elaborate a bit more about how We Love BuHi sees itself and its mission in relation to potential development of the Buford corridor?

What we aim to do is develop an identity for Buford Highway that is so strong that any change that occurs on Buford Highway must first take into consideration what the identity of this place is already. Buford Highway already has an identity of being the international hub or place in Atlanta. What we want to do is to tell the true stories of Buford Highway, so it’s not just a place to get good food—international food—but that it’s a place where immigrants and minorities and refugees have implanted and inscribed who they are into the landscape. And that what you see on Buford Highway is the outflow of [their] blood, sweat and tears. So this is a visual representation of who immigrants are, who refugees are, and we want to tell those stories because that gives it a broader, more accurate, deeper and more fundamental character than just, ‘oh, that’s a place you get good food.’ If it’s just a place where you get good food, then it doesn’t matter where the restaurant is. But there is something deeper here about Buford Highway, and there is a connection between the owners here, who have been here for thirty years and who have seen it change. That is a connection here for people that goes beyond, ‘oh this is a good location.’In addition to envisioning ourselves as being the entry point and access point for everyone who wants to know about Buford Highway, We Love BuHi is also trying to organize the businesses here together into a business coalition for the corridor and position ourselves as an advocate for a better quality of life here and more economic development opportunities for the people who already live and work here. We want to help guide development rather than having it come from on high. What we’re trying to make sure is that when development comes, because this is such an attractive place, the location is such that development is going to come one way or another, but it needs to come in a way that includes and benefits people here instead of displacing them.

Given the contemporary political climate, and the wave of anti-immigrant rhetoric and policy that we have seen from the current presidential administration, I wonder if that effects We Love BuHi in any way? Does it lend greater urgency to the mission, or suggest new issues to focus on?

That is a great question, because that is something I grapple with every single day. That is something that has become a lot more urgent for me as the founder of the organization, but it doesn’t fundamentally change what We Love BuHi is about. As I said, I started We Love BuHi because, like I said, it was really important to me personally that Buford Highway be celebrated not just for food, but for the truth of every restauranteur, every business owner, their truth, whatever it is, should be celebrated. It should be first recognized, then celebrated. My mission has always been very positive. It has always been about appreciating and affirming that this is a special place in Atlanta.

Personally, the state of affairs and the political climate is a very difficult one for me. But as an organization, I’ve always felt that our first focus should be on loving this area and in subtle ways trying to encourage people to recognize that this place only exists in the way that it does because of the immigrant and refugee population here. And changes that occur on Buford Highway do have the potential to completely devastate this community – whether that’s ICE raids or a difficult economic climate for immigrants or whether that’s redevelopment and displacement.

But I do feel like We Love BuHi is more relevant than ever and maybe more immediate, but it doesn’t change what we are about.