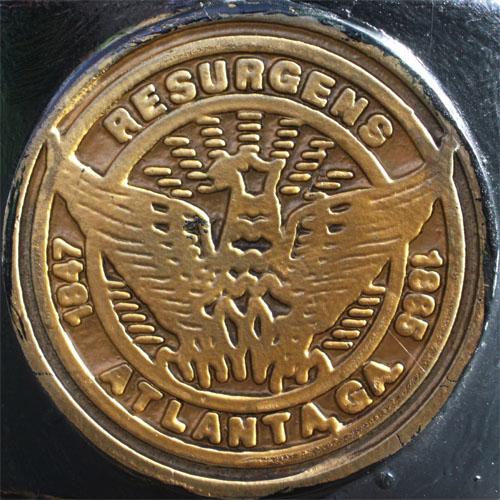 Some of the work published here at Atlanta Studies exists, in part, because of a book published 55 years ago, Jane Jacobs’s The Death and Life of Great American Cities.

Her first book remains an influential analysis of the traps hidden in post-war conventional theories about communities. She questioned what and whom the city was for – what are the responsibilities, opportunities, and sacrifices that governmental and civilian bodies may take on.

She opposed the car-dependent, individually isolated, urban planning that grew after World War II – pulling cities apart at the seams and building the long thoroughfares and meticulously placed suburban landscape. In its place Jacobs called for city planning that focused on the citizens and not their cars, that endorsed mixed-use developments, parks, and sidewalks.

If The Death and Life of Great American Cities was Jacobs’ prescription for urban planning and urban studies, then her 2004 final book, Dark Age Ahead was her (dismal) prediction. The five pillars of North American society were crumbling – elevating the isolated individual over the community, reducing education to credentialism, mistaking economics as a substitution for a political science, confusing the needs of the population with the desires of the wealthy few, and suppressing the shared world in favor of one built by easy ideologies. Twelve years later, and ten years after death, we find ourselves in a future that is precariously balanced between the two visions. We have hoped and changed in some areas – in other, critical spaces we remain committed to ideologies rather than the flourishing of the public space. We are, ultimately, human.[/vc_column_text][vc_column_text]There are echoes of her work throughout Atlanta’s history.  Jacobs’s battle with the Manhattan Expressway can be seen in the decades-long opposition to expressway expansions here at home – Atlanta’s fight rising to the U.S. Court of Appeals, 11th Circuit. 1 Just this Monday, the Atlanta City Council strengthened its ordinance concerning affordable housing – now all publicly subsidized developers must set aside at least 15% of their units to be leased at a cost commensurate with the income of the citizens already in those neighborhoods. Meanwhile, “Braves Country” moves from its location at the center of Atlanta’s downtown to a new stadium being built Outside the Perimeter. This new stadium requires a car; many of the on-going concerns focus on parking lots. And at the same time Clayton County has joined with MARTA, having decades before rejected it.

The patterns of loss and revival can reveal a living city, high-rise luxury apartments stretch up in Edgewood while Georgia Tech attempts a careful balance between old and new. Our parks, our mixed-use neighborhoods, and the questions of how Atlanta grows, changes, and answers to her citizens – these are what inspired and continue to fuel Atlanta Studies.

To see Jacobs’ on-going relevance and influence, join the Jane’s Walk through Downtown Atlanta this Saturday. Join the conversation and our 4th annual Symposium on May 11. Go out and find a living piece of Atlanta.