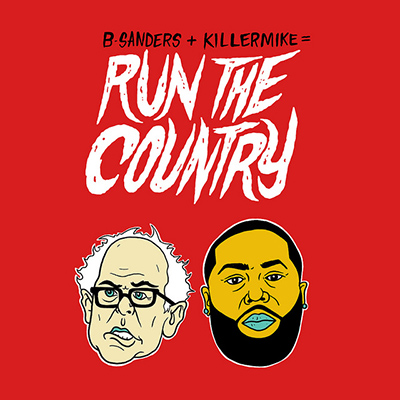 Upcoming History Symposium on African Americans and Jews in Atlanta

The most recent event in the history of contact between African Americans and Jews in Atlanta—local hip-hop artist and political activist Killer Mike’s vocal support for Democratic presidential candidate Bernie Sanders—presents an opportune moment to think about the longer saga of black-Jewish relations in our city.

Black and Jewish Atlantans have had a complicated connection, dating back to before the Civil War. The two communities have relied upon one other at times, each regarding their counterpart with empathy and admiration. At other moments they have viewed each other warily, and even with open hostility. Stories about interactions between Jewish and African American individuals serve to further unsettle any stable or straightforward characterization of the “Black-Jewish Relationship” in Atlanta.

On Saturday, March 5, the DeKalb History Center will investigate a piece of this history. They’re holding a symposium titled “Roots of Friendship: African Americans and Jews in Atlanta, 1900-1950,” where historian Melissa Fay Greene (author of The Temple Bombing), Sandy Berman (former archivist for the Breman Jewish Museum), and Emory doctoral candidate Danielle Wiggins will examine the histories of Atlanta’s black and Jewish communities, and the connections and tensions between them, in the decades of the early twentieth century and leading to the Civil Rights Movement. The day will conclude with a moderated discussion between several Jewish and African American Atlantans who will reflect upon their own experiences during those years.

The symposium will be held at the DeKalb History Center in downtown Decatur. To register, go to their website at http://www.dekalbhistory.org/dekalb_history_center_education_public-programs.htm.