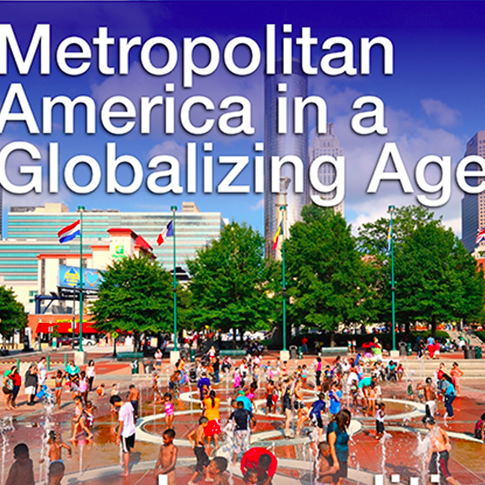 Georgia Tech’s School of History and Sociology will be hosting a symposium on metropolitan inequality on Friday, April 22nd from 10.00 AM–6.00 PM.

Register for the symposium

Metropolitan America emerged from the final decades of the twentieth century transformed: embedded in the global economy as never before, sprawling further into the hinterland, populated by immigrants from around the globe, and riddled with often new forms of inequality, including between city and suburb, between suburbs themselves, between different metropolitan areas, and between those who can and cannot access quality jobs, education, health care, transportation, and even clean water and air. At the same time, many of these changes opened new opportunities for creative communities to enhance cultural diversity and political empowerment. This one-day symposium seeks to investigate various dimensions of inequality, metropolitan development, and the impact of America’s heightened globalization since roughly 1970. It especially seeks to foster a discussion between sociologists and historians to help forge a path for future inquiry. From the beginning, sociologists have been on the front lines studying many of the transformations that metropolitan America has experienced in recent decades. But too often they have had to proceed without insights gained from historians’ close scrutiny of context and change over time. Indeed, urban and metropolitan historians have only recently begun to examine the post-1970 period in the United States.

They can gain from sociological conceptualizations that recognize the links between social arrangements in different eras. Through a series of plenary and smaller sessions featuring preeminent scholars, “Metropolitan America in a Globalizing Age” aims to move toward a compelling, usable account of metropolitan America’s recent past.