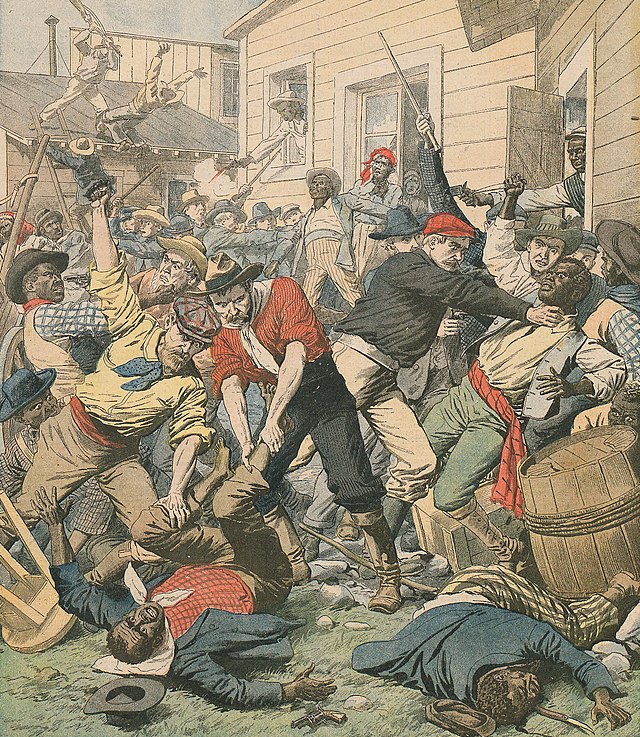 On May 29, 2020, four days after the murder of George Floyd, CNN reporter Omar Jimenez, an Afro-Latino reporter from Kennesaw, Georgia, was arrested live on air while covering the Minneapolis protests.

His arrest was confusing, and for many within the media industry, it was scary.1 It embodied one of reporters’ greatest fears: a police apparatus that saw the fourth estate as an “enemy of the people.”2

Later that afternoon, protestors began congregating in Atlanta at CNN Center. By nightfall, those peaceful protestors turned violent. From inside the building, journalist Nick Valencia decried the ensuing riot as “unreal.”3 At midnight, the Pan Africanist activist and musician, Michael Santiago Render, also known as Killer Mike, went on air with a different message. Render claimed to understand the violence. He understood how hard it was to watch video after video of “a white officer assassinate a Black man” on national television. He argued that CNN’s focus on chasing viewership to feed the 24-hour cycle had created a culture of fear and violence in Black America. The riot at CNN Center, he argued, was “karma.”4

At the time, pundits argued that Black Americans should’ve targeted Fox News instead of CNN, but Render’s reasoning is sound. The problem Render describes is a problem facing all of America’s profit-driven media industry, which has a long history of using racial divisions to sell newspapers and secure influence. It is high time for this legacy to be exposed, and Kathy Roberts Forde and Sid Bedingfield’s new anthology, Journalism and Jim Crow, brings that conversation to the forefront of academic discourse.

Journalism and Jim Crow explains how white newspapers stoked the fires of racial division for their own profit, while Black journalists used their columns to resist white supremacy. It also offers a media history of the American South during Jim Crow, with its many essays divided into four parts and arranged in loosely chronological order. The essays in the first part illustrate the contested nature of the New South’s identity after the Civil War. The essays in the second part explore how coverage of lynchings disenfranchised Black southerners. Those in the third part offer case studies showing how white southern newspapers were the vanguard of white supremacist ideals between 1888 and 1905. And the essays in the fourth part consider the ramifications of the new solid Democratic South after 1905.

The most relevant essays in the anthology for Atlanta Studies scholars, of course, are those which focus specifically on notable events in and residents of the city. In “Architect of the New South,” Kathy Roberts Forde illustrates how Henry Grady, co-owner and editor of the Atlanta Constitution, built powerful connections with a group of economic and political elites known as the Atlanta Ring. Forde notes that Grady’s promotion of convict leasing helped former Confederate soldier Alfred H. Colquitt win the governorship as a Democrat. Further, she shows how Grady advanced notions of Black criminality to justify lynching, allowing his friends and allies to profit immensely from the convict leasing system. Overall, the essay proposes an important shift in how historians view Grady, representing him as less an urban booster than a deeply committed—and influential—proponent of white supremacy. As Forde points out, when Grady’s reporters describe lynching as a “special matinee,” they reflect his editorial policy.5 Overall, Forde’s argument provides important context for Atlanta scholars seeking to understand the racist bias of Atlanta’s white newspapers prior to the 1906 race riot.

Scholars like Rebecca Burns, David Fort Godshalk, and others have already illustrated the influence of white supremacist editorializing on the 1906 Atlanta race riot. Burns in particular has argued convincingly that Hoke Smith, former owner and editor of the Atlanta Journal, and Clark Howell, owner and editor of the Atlanta Constitution, “infused both the news coverage and their editorial pages with racist rhetoric” and a “poisonous mix of white resentment, sensational (and mostly fabricated) newspaper accounts of sex crimes, and a race-baiting political battle” in order to engage their local readership.6 Godshalk agrees that sensationalist and fabricated reporting resulted in Atlanta’s newspapers releasing “extra” editions that circulated lurid details of the alleged crimes, stoked the fires of racism within the city, and resulted in the ensuing violence.7

An important point that Journalism and Jim Crow brings to the table is that the city’s Black community did not just sit by silently while this chaos developed. Blair M. Kelley’s essay “Silencing a Generation” shows how Jesse Max Barber, Black publisher of the Atlanta journal Voice of the Negro, became a major voice of resistance throughout the riot. The journal was recognized as “the first magazine ever edited in the South by Colored Men.”8 While Kelley reiterates that Atlanta’s white newspapers “were full of mistruths designed to fuel mob fires and sell papers,” he goes on to argue that another important cost of the fervor was to silence Black voices.9 Kelley’s essay makes clear that Barber’s vision for the Voice was not only to highlight the struggles Black Americans faced across the nation but also to represent a new generation of Black intellectual leadership. Kelley argues that Barber changed the direction of the journal and began openly challenging the stories white newspapers ran about lynchings. When the riot died down, Barber even telegraphed an anonymous letter to the New York World arguing that Hoke Smith was responsible for “stoking the fires of white supremacy.”10  When white Atlantans learned that that Barber had written the letter, he was told to leave Atlanta or risk going to jail. He did leave, but he kept publishing his magazine from Chicago until 1907. If Forde’s essay tells us the ways in which white newspapers created their power, Kelley’s essay highlights the threat Atlanta’s Black community faced when resisting that power.

Of course, Journalism and Jim Crow also includes several essays focusing on locations outside Atlanta. In “Populist Insurgency, Alabama,” Sid Bedingfield shows how William Wallace Screws of the Alabama-based Montgomery Daily Advertiser spread misinformation about convict leasing and lynching to ensure the political loyalty of white readers, a loyalty that he bragged about in 1893, saying “that Alabama journalism was ‘becoming more influential every day.’”11 Similarly, Kristin L. Gustafson demonstrates in “Death of Democracy, North Carolina” how Josephus Daniels of the Raleigh News and Observer in North Carolina used his newspaper’s influence to promote white supremacist ideals and launch a coup against a biracial fusion ticket voted into power in 1898.12 Robert Greene II shows this pattern in Mississippi; Razvan Sibii shows it in Tennessee; and Kathy Roberts Forde and Bryan Bowman explain the phenomenon’s relationship to tourism in Florida. Time and again, Journalism and Jim Crow shows the white southern newspaper industry using its influence to promote white supremacist economic policies that endangered Black southerners.

The overall structure of the anthology is clear and cohesive, and the introduction and epilogue serve as persuasive calls to arm for scholars to pay more attention to the role our media outlets have played in propagating white supremacy. In 1981, Michael Schudson argued that World War I challenged journalists to adopt the methods of objective reporting, but this sense of objectivity was rooted in assumptions of economic and social privilege.13 America’s media industry has a long legacy of segregation and injustice, with Black media professionals continually being refused access to the white press corps. What Journalism and Jim Crow does best is highlight how white supremacist narratives played a role not only in bolstering the profits of white newspapers, but also in silencing Black journalists. And while some news stations have integrated their staff, this pattern has continued up until today. The anger Killer Mike expressed toward CNN is aimed at this specific pattern, and Forde and Bedingfield are right when they call for more scholars to attend to it.

David Stephen Bennett is currently a Visiting Assistant Professor at the University of North Florida and will be starting as a Lecturer at Kennesaw State University in Fall 2022. He won the Margaret A. Blanchard Award from the American Journalism Historians Association for his dissertation entitled “Framing Atlanta: Local Newspapers’ Search for a Nationally Appealing Image (1920-1960),” which is currently under review by UGA Press.