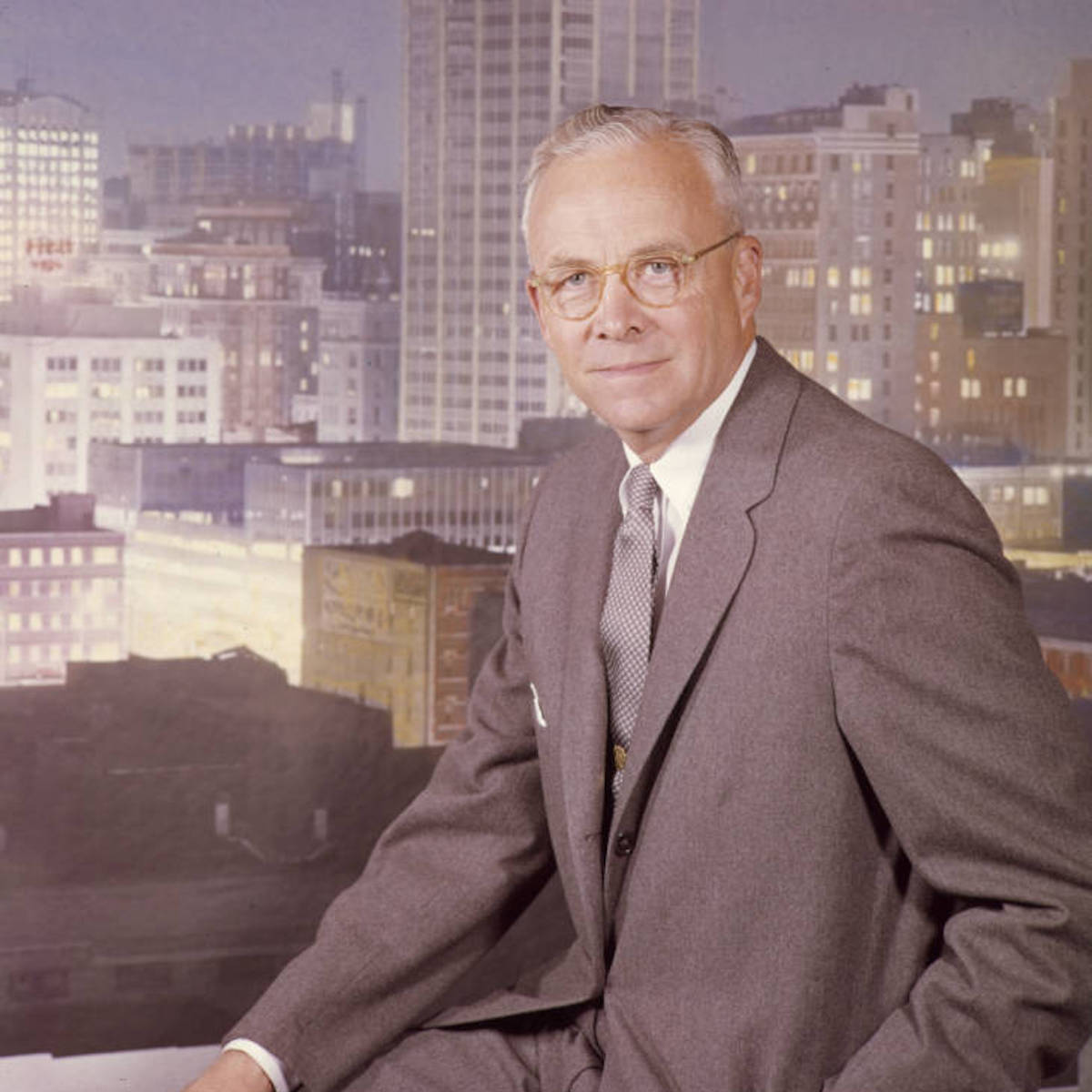 “With unflinching courage, he guided this city through some of its most turbulent waters,”

Coretta Scott King once said of Ivan Allen Jr., Atlanta’s 52nd mayor who oversaw her husband’s funeral before the eyes of the world.1 In office from 1962–1970, Allen governed during a transformative period in the city’s history, a crucial phase of development marked by economic dynamism. Allen might arguably be identified as the individual who did the most to birth the modern metropolis we know today, more than even his predecessor, William Hartsfield, who had worked assiduously to raise the city’s profile during his more than two decades’ stewardship since the late 1930s.2 The scion of one of Atlanta’s most prominent families and a former President of the Atlanta Chamber of Commerce, Mayor Allen pursued a variety of strategies aimed at putting Atlanta on the map. He strove to attract professional sports teams to the city and build the facilities to house them.3 He also oversaw much of Atlanta’s participation in urban renewal projects which were really only getting underway when he took office.4

But perhaps most importantly, Allen shepherded the city through its major desegregation push, in the process gaining the distinction of being the only southern mayor to testify in support of the 1964 Civil Rights Act. Yet despite Allen’s accomplishments in improving race relations, racial inequities remained rife during his tenure. Soon after taking office in 1962, he approved the construction of a barricade intended to hinder African American access to an all-white neighborhood in West Atlanta, provoking outcry and a swift reversal.5 While Allen continued to enjoy black political support at the polls, the incident raised questions about his loyalties and indicated that balancing the expectations of his constituents would not be easy. Moreover, Allen’s redevelopment agenda was often implemented at the expense of the city’s poorest residents, though not always without pushback.

Anger over the site chosen for Allen’s signature Atlanta-Fulton County Stadium project was one of the sparks that led to rioting in the nearby Summerhill neighborhood in 1966.6

Despite the momentous events during his tenure, Allen’s impact on Atlanta history remains woefully understudied. Beyond scholarly articles on specialized topics, the most substantive works on Allen’s mayoralty remain his own co-written memoir, Mayor: Notes on the Sixties (1971), and Gary Pomerantz’s popular biography Where Peachtree Meets Sweet Auburn (1996), which weaves together Allen’s family history with that of his successor Maynard Jackson. While the Allen years were treated by Ronald Bayor in Race and the Shaping of Twentieth Century Atlanta (1996) and Kevin Kruse in White Flight: Atlanta and the Making of Modern Conservatism (2005), these scholars’ accounts were necessarily incomplete because Allen’s mayoral papers remained inaccessible until 2014.

Now, thanks to a partnership between Georgia Tech’s Ivan Allen College of Liberal Arts (IAC) and the Atlanta History Center (AHC), not only are Allen’s administrative records accessible in hardcopy (at the AHC’s Kenan Research Center), but a substantial portion of the papers have been digitized and made available via the Mayor Ivan Allen, Jr. Digital Archive. Focused on the most significant aspects of Atlanta’s path to becoming a major American metropolis, this digital resource puts an impressive body of documents at the fingertips of researchers, educators, students, and community members alike. Keyword searchability enables even novice users to easily locate relevant materials in unexpected places within the collection. Moreover, through the IAC’s Mellon-funded Digital Integrative Liberal Arts Center, we have developed a custom-built interface that allows for the mapping of textual connections between the roughly 30,000 pages in the digital archive, and specifically between named entities like people, organizations, and places as is illustrated in the video below. In its final iteration, our tool will also allow users to rearrange the documents in new ways. For example, whereas the physical collection follows standard archival practice in preserving the filing system used by Allen’s staff, using our digital interface future users could virtually reorder the documents in the digital collection chronologically to recreate “a day in the life of the Ivan Allen Jr. Mayoral Administration.” Those who would prefer not to use the interface also have the option of exploring entire folders rearranged topically by Georgia Tech postdoctoral fellows Nick Sturm and Amanda Madden.

There remains much to be learned from the Allen mayoral papers about matters that did not make it into public view or how internal decisions were made, and the information contained in these records provides a basis for new and more nuanced interpretations of 1960s Atlanta. For example, we could gain deeper insights into what informed Allen’s approach to integrating the fire department and desegregating public facilities, or a sense of how aware he and other officials were of the destructive effects that accompanied the construction of stadiums and freeways. While fellow Georgia Tech educators Sturm and Madden have created some virtual “exhibits” curating select documents on the most iconic events of Allen’s mayoralty and used the Ivan Allen Digital Archive in their classrooms, we also seek to empower Atlanta community members to analyze and interpret the materials in the digital archive for themselves, collectively pooling their expertise and in the process alleviating the need for intermediary scholar-experts who have traditionally played that role.

As a first step towards encouraging more open use of the Allen Digital Archive, we are hosting a one-day “Community Researcher Workshop” on November 23. There members of the general public – “community researchers” – will get the chance to explore what interests them about Ivan Allen Jr.’s mayoralty, assisted by myself and student workers. Participants will be encouraged to take with them copies of the documents and exhibits that they produce during the complimentary session, in the hopes of generating broader and continuing conversations either in the civic sphere or their own educational and community spaces. “History did not simply happen to Ivan Allen,” former Atlanta Constitution editor Bruce Galphin opined on one occasion, “He actively shaped it.”7 By taking advantage of the unprecedented opportunity to explore this new archival resource with cutting-edge technology, community researchers will finally get to look behind the curtain and find out just how Allen and his administration helped shape modern Atlanta.

See the flyer below for more details on the November 23 workshop and submit an application here by November 1 to participate in it as a Community Researcher.

Todd M. Michney is an urban historian and Assistant Professor in the School of History and Sociology at the Georgia Institute of Technology, and the author of Surrogate Suburbs: Black Upward Mobility and Neighborhood Change in Cleveland, 1900-1980 (University of North Carolina Press, 2017). You can follow him on Twitter @ToddMichney.