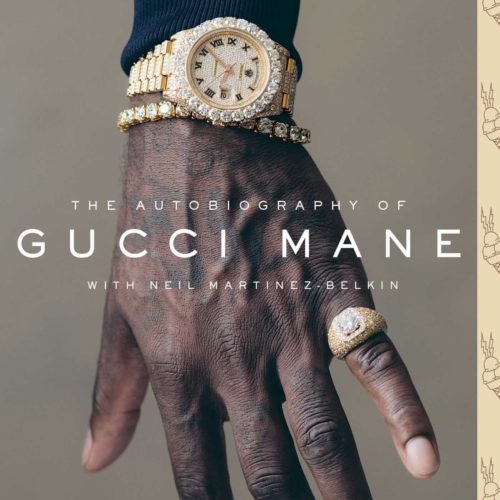 Trap Memoirs and Atlanta Hip Hop Studies: A Review of The Autobiography of Gucci Mane

On September 13, 2013, Radric Delantic Davis – the popular Atlanta rapper better known as “Gucci Mane” – found himself depressed, alone, paranoid, and mumbling incoherently to himself when he decided to violate his house arrest and leave his music studio, the Brick Factory.

Best known for helping put Down South Trap Music1 on the map, Davis was now wandering down Atlanta’s Moreland Avenue in a zombie-like state under the influence of “lean” – a mix of codeine and promethazine syrup – still wearing an ankle monitor. Davis was angry and armed when Officer Ivy, an Atlanta policeman, pulled alongside him to ask where he was headed. After Davis was combative towards the officer back-up officers were called. When they arrived they wrestled Davis to the ground as medics sedated him into what he describes as a “chemically-induced calm” (xii).

This forced state of composure, which would ultimately represent the beginning of the end of what Gucci Mane deems his “nightmare,” serves alongside his subsequent sentencing to two years in prison for possession of a firearm by a convicted felon as one of the two turning points in the prologue to The Autobiography of Gucci Mane. At just shy of 300 pages, the autobiography recounts these and many other stories from Davis’s life – ranging from his recent triumph over drugs, to his experiences with poverty, fame, incarceration, family dysfunction, and mental illness – and has quickly become one of the most popular memoirs in the literary canon of Hip Hop Studies 2 Written as told to the pop culture journalist Neil Martinez Belkin, The Autobiography of Gucci Mane starts with Davis’s humble beginnings in Bessemer, Alabama. Davis continues to reflect throughout the memoir on moments of his childhood in order to understand the various predicaments he later finds himself in, in the process offering intimate details on how his family shaped his life.

As recounted in the first chapter, titled “The Gucci Man,” Davis was born on February 12, 1980, to Ralph Everett Dudley and Vicky Davis. Dudley was an Army veteran-turned hustler-turned con man who loved style and fashion. “Throughout the course of his life my father went by a lot of aliases,” Davis writes. “Slim Daddy. Ralph Witherspoon. Ricardo Love. For the purposes of this story, a nickname he received as a young boy matters most: Gucci Mane. That’s right. He’s the OG” (5). As he explains, the nickname Davis would adopt as his own moniker stemmed from the special affinity his father had for the Gucci brand while a serviceman in Italy. His mother – a teacher he describes as a “very smart, hardworking, and resourceful woman” (7) – met his father in 1978 shortly after she graduated from Lawson State with an associate’s degree and just before enrolling at the historically black Miles College to study social work. Davis’s maternal grandfather, Walter Lee Davis, provided a stable home for the young Radric and in fact it is his address that Davis references with his “1017” jewelry and accessories. But when Davis was seven, his grandfather died suddenly. This event was the catalyst for Radric’s mother to then pack up and move him and his older brother Duke to Atlanta, Georgia, the city he would ultimately claim and help culturally define.

The book then turns from Davis’s time in Alabama to his initiation into the political economy of narcotics distribution as a young man living in the concentrated poverty of Atlanta’s Zone 6. During Davis’s childhood, the zone was vexed by the influence of the crack cocaine epidemic that hit Atlanta’s poor and black communities with a terminal vengeance in the 1980s following the Civil Rights Movement. The continued proliferation of the drug attracted African American youth like Davis to sell crack as it established economic traps and educational barriers throughout the city and region. Davis discusses these pressures and his decisions to sell drugs rather than finish Georgia Perimeter College, which he had received the HOPE scholarship to attend. Davis also recounts the first times he smoked marijuana and drank lean, describing how his subsequent binges led to bad decisions and violent bouts with paranoia.

From there, Davis moves on to the emergence of trap music and the role he played in creating the genre, as he takes the reader through the rise and fall of the Brick Factory, and his collaborations with fellow rappers such as OJ da Juiceman, Waka Flocka Flame, and Migos. He spares no detail in talking about the recording of the song “So Icey” that introduced him to a wider audience while also creating a longstanding feud with fellow Atlanta rapper Young Jeezy. Notably, Davis’s voice is not compromised as it bounces between the conflicting duality of his complicated life story and the continued ascension of Gucci Mane, the trap music alter ego he introduced with his first album Trap House (2005). He vacillates between the murder charge he caught in 2005 for defending himself against a robber and living with the fact that he was never convicted of it. He opens up about his struggles with his father. But the reader also gets an inside account of the popularity he attained through his records and mixtapes, and his relationships with the people who stuck with him while also holding him accountable for his bad decision-making. Among those are his now wife but then girlfriend Keyshia “Ka’oir” Watson.

Davis’s journey towards sobriety has been an arduous one and throughout his autobiography, he displays a remarkable transparency about his drug use and its relationship with his mental health challenges. The memoir provides critical backstory on how Davis ultimately became the pop culture icon Gucci Mane. However, as it makes clear, none of it came without sacrifice or an understanding of the complex nature of coming of age during a time when, as today, there were two Black Atlantas: the privileged one and the poor one. Radric Davis was from the latter, and Gucci Mane rapped about it. From this perspective, The Autobiography of Gucci Mane is a literary annotation of Davis’s life as it is revealed in the verses of his rap lyrics.

Beyond music, Davis’s memoir also serves as a critical text for a developing area of cultural inquiry that I refer to as Atlanta Hip Hop Studies 3 – an area of inquiry in the field of Hip Hop Studies that focuses on Atlanta hip hop history and its relationship to the city’s social, technological, and cultural politics. Radric Davis’s memoir is an honest, gripping, and indispensable insider’s account of how Atlanta’s trap scene emerged and continues to critique issues of persistent racial and economic inequities across the city.