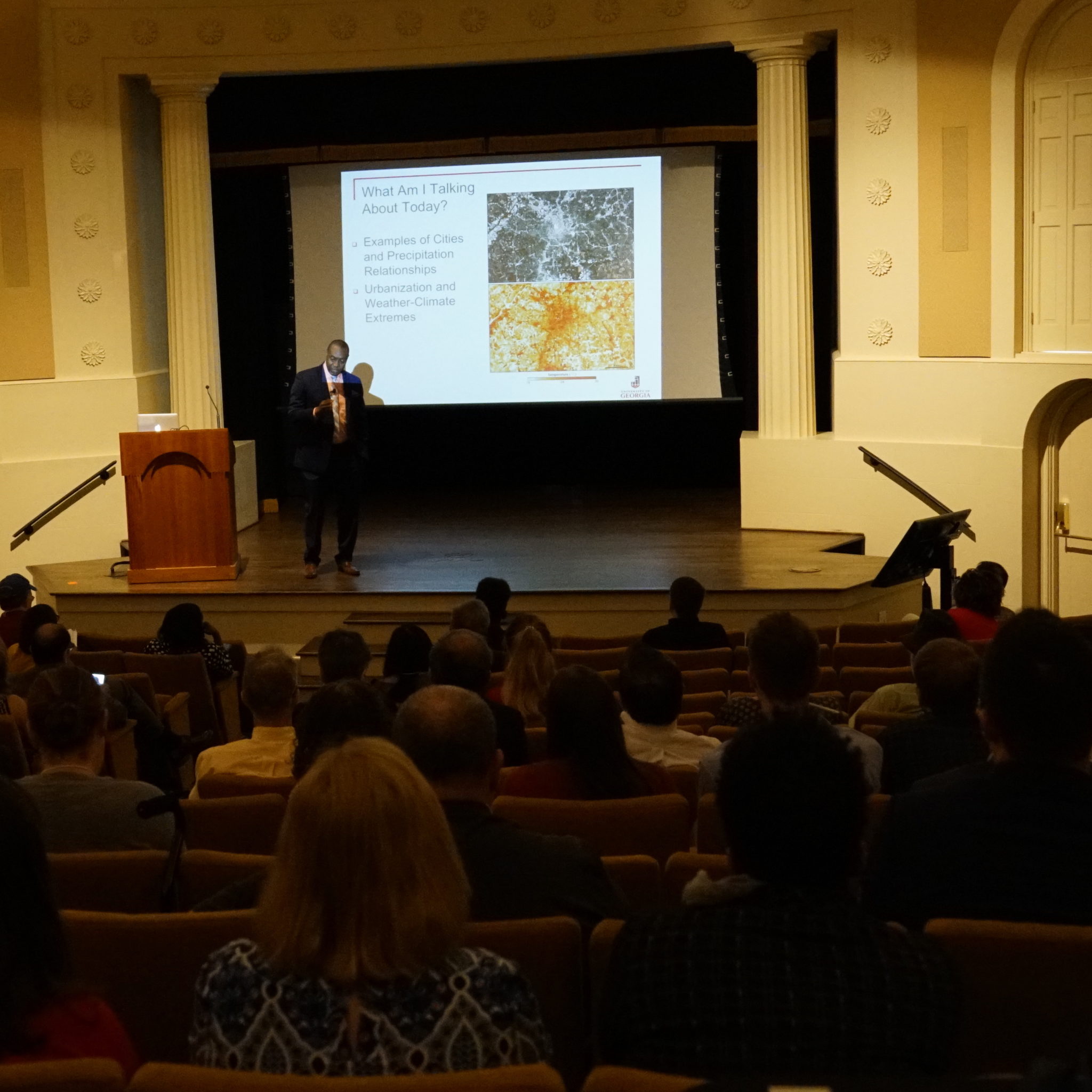 Hosted by the Georgia Institute of Technology, this year’s symposium, “Atlanta in the Anthropocene: The Making of a Resilient, Resourceful City,” featured a full day of well-attended sessions engaging Atlanta’s sustainable development, environmental history, transportation, infrastructure, and natural and built environment from an exceptionally broad range of perspectives. Presenters at this year’s symposium included academics of all ranks, from deans and full professors to independent scholars and undergraduates, as well as many presenters from beyond academia, including journalists, planners, and local non-profit staff members.

They day’s events began with opening remarks from Steven P. French, Dean of the College of Design at the Georgia Institute of Technology, and Elora Raymond, Assistant Professor in the School of City and Regional Planning at the Georgia Institute of Technology and Conference Chair. In the first set of concurrent panels, scholars, librarians, planners, and public figures discussed topics including air quality and carbon emissions, housing, archival access, and the human consequences of stadium construction. The morning’s events concluded with University of Georgia atmospheric scientist Marshall Shepherd’s exciting keynote “Can Cities Like Atlanta Really Make it Rain?” After an introduction by Spelman College environmental and health sciences scholar Na’Taki Osbourne Jelks, Shepherd presented a compelling case that planners should be taking climate issues into consideration when making decisions about infrastructure and development. In particular, Shepherd’s discussed his own research into urban precipitation, which has demonstrated that cities can generate and change the distribution of precipitation in ways that impact flooding, sewage, and more, and should be accounted for when designing cities.

After lunch the symposium continued with two sessions of concurrent panels that highlighted issues ranging from energy use, water and transit infrastructures, to the health impacts of environmental inequality in Atlanta. Sessions also addressed approaches to advancing equitability in Atlanta sustainability planning, addressing the role of different governance initiatives and teaching about inequity through contemporary and historical Atlanta music and expressive culture. To top things off, Bartow Elmore delivered this year’s Cliff Kuhn Memorial Lecture entitled “The Real Ingredients in the Real Thing: An Environmental History of Atlanta’s Coca-Cola.” Following a touching introduction in which Georgia State University historian Alex Cummings recounted his own experiences with our founding advisory board member Cliff Kuhn, Bartow’s talk explored the environmental history of this iconic Atlanta-based beverage, but shifted the focus from the usual discussion of the brand’s advertising to a critical examination of the history and impacts of Coke’s ingredients, strategies, and packaging, drawing on research from his recent book Citizen Coke: The Making of Coca-Cola Capitalism. Finally, the day concluded with a reception at the Federal Reserve Bank of Atlanta’s Monetary Museum hosted by the Fed’s Community and Economic Development group, a co-sponsor of the symposium.