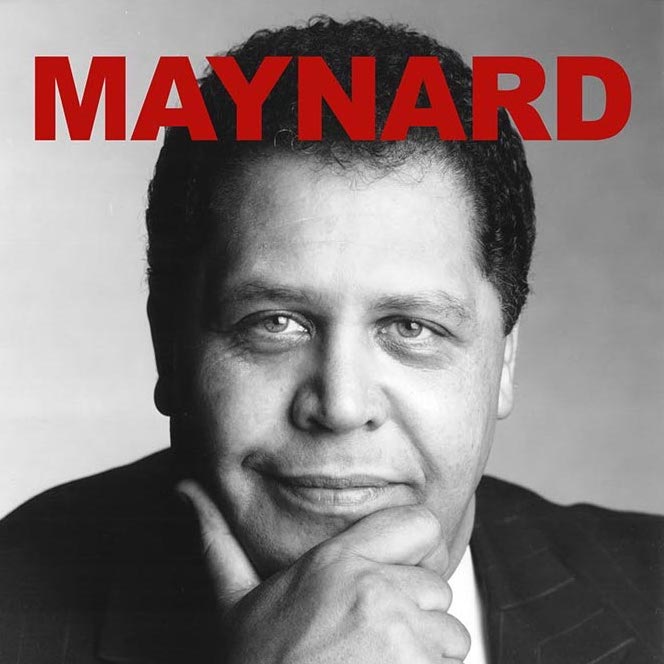 There are few figures more beloved in Atlanta’s history than Maynard Jackson.

Moses. Conductor of the political symphony of Atlanta. Not a politician but a statesman. These are but a few of the words of praise that figures ranging from former mayors Kasim Reed and Andrew Young to civil rights activist Jesse Jackson and former president Bill Clinton employ to extol Jackson in the documentary, Maynard. Debuting nearly fifteen years after the former mayor’s untimely death at the age of sixty-five, the film examines Jackson’s personal life and political career from his childhood to his final day. Director Samuel D. Pollard weaves the narrative from interviews with family members, close friends, and members of Atlanta’s political elite along with invaluable archival footage of the mayor in action. The film is emotionally potent and it reveals that many not only respected the former mayor but also truly loved him. However, while Maynard illustrates Jackson’s lasting legacy in the city of Atlanta, it ultimately fails to consider his significance beyond Atlanta.

The documentary begins not with the birth of Maynard Jackson but with scenes of racial tumult in the 1960s, climaxing with the assassination of Atlanta’s own Martin Luther King Jr. in 1968. The film thereby positions Jackson as the city’s successor to Dr. King, suggesting that the movement led by King would be carried forward into the 1970s by Jackson. We then move back to Jackson’s childhood. Born in Dallas, Texas, to minister Maynard Holbook Jackson Sr. and Irene Dobbs Jackson, Jackson and his family moved to his mother’s hometown of Atlanta when his father was appointed to lead the historic Friendship Baptist Church. Jackson grew up under the tutelage of both his minister father and his maternal grandfather, famed civic leader John Wesley Dobbs, from whom he learned the oratorical skills and confidence for which he would later become famous. Yet Maynard does not frame Jackson’s childhood as a particularly happy time in his life. The film recounts how in 1952 his father suffered a mental breakdown after injuring a police officer with his car and died the following year. Notably, the film also omits the misleadingly positive story of Auburn Avenue and the strength of black enterprise often told about the city during the segregation era. While other black institutions such as Jackson’s alma mater Morehouse College are praised, one commentator notes that “black business was forced upon us,” as the accompanying music shifts to a dark tone. Rather than celebrating the segregated black enclave as a source of nourishment for a young Jackson, the film achieves remarkable accuracy in depicting a Black Atlanta that was autonomous but deeply unequal. This narrative positions Maynard Jackson, emerging from disparity rather than prosperity, as the beacon of light that would welcome the new era of integration and biracial leadership.

The film then moves into the genesis of Jackson’s political career, beginning with his quixotic senatorial campaign against Herman Talmadge in 1968 and his election as Atlanta’s vice mayor in 1969. The archival video footage of Jackson during his early years is the highlight of the film. We see the young Jackson in action. With his bright green eyes, mellifluous voice, careful way with words, and a youthful face that contrasted with his large stature, his charisma is undeniable. Watching these scenes, it is easy to understand how his political star rose so quickly.

The next section examines Jackson’s first and second mayoral terms during which he served as Atlanta’s first black mayor. Surprisingly, the segment on his first campaign in 1973 features an interview with former mayor Sam Massell, who is given an opportunity to defend his infamous racially-charged re-election campaign, though he is not entirely convincing. We also see footage of Jackson’s first inauguration held at the Civic Center. Though the events appear more a coronation, Jackson imagined it as a “peoples’ inauguration.” Indeed, the scale and grandeur of the event reflected the impossibly high expectations many black Atlantans placed upon the young mayor. Unfortunately, the film does not place Jackson’s early political career in the broader national context of the late 1960s and early 1970s, when cities around the country – from Newark and Gary to Los Angeles and Detroit – were also electing black mayors. Furthermore, it is strangely silent about the particular economic and demographic shifts that made these elections possible. Discussion of the urban conditions in the 1970s – a moment when white flight as well as capital flight and a gradual withdrawal of federal funding from cities exacerbated the already critical urban crisis – would have provided important context within which to better understand black Atlantans’ high expectations as well as the constraints that Jackson worked within.

Beyond his election itself, the film examines many of the most notable moments from Jackson’s first two terms, including the battle over affirmative action and the expansion of the airport, his employment of Reginald Eaves as the first African American chief of public safety and the subsequent police cheating exam scandal, as well as the tragedy of the missing and murdered youth that marred the end of his second term. However, the sequencing and pacing falters during these segments. For example, the Eaves scandal is given an inordinate amount of screen time. Meanwhile, the examination of the Atlanta child murders (1979–1981) which features powerful news footage and interviews with a few of victims’ family members, is followed, oddly enough, by a segment about Jackson’s mock “boxing match” with Muhammad Ali several years prior in 1975. Pollard could have made a more seamless transition by discussing Ali’s donation to the reward money for the missing and murdered youth but he fails to do this.1 While the director may have intended to “lighten” the tone after covering a series of hardships, the pairing of the two moments borders on inappropriate.

After briefly examining the years after Jackson’s first two terms (during which he took a job at a law firm in Chicago because no one in Atlanta would hire him), the film turns to the mayor’s third and final term. During the 1990s, Jackson supposedly experienced a “level of crisis he didn’t anticipate,” as he worked to prepare the city for the 1996 Olympic Games in the midst of deepening poverty, drug abuse, AIDS, and violence. During this period, Jackson faced criticisms from a young, more radical post–civil rights generation. The film, however, portrays the pushback the mayor received during his third term as the grievances of impatient, young people. Consequently, the narrative obscures the diversity of those who rallied against the “Olympification” of the city. People like welfare rights organizers Ethel Mae Mathews, who had been protesting the Jackson regime for decades, are left out of the story entirely.2 The Centennial Olympic Games, itself, is only cursorily examined before moving forward to the end of Jackson’s life.

The final section of the documentary covers Jackson’s death in June 2003. Jackson’s vibrant funeral at the Civic Center bring the story full-circle, as his life was celebrated in the same space where his mayoral career was launched almost forty years prior. The segment is poignant, but with multiple family members describing in great detail how they experienced their father’s death, it is protracted and maudlin to a fault. Finally, the last few minutes of the documentary focus on Jackson’s “twenty-first century legacy,” but those interviewed speak instead on Maynard Jackson’s most notable qualities – his courage, honor, and principled nature. Historian Maurice Hobson comes closest to identifying Jackson’s broader impact beyond his own circle and the city of Atlanta, as he describes Jackson as engaged in the project of “black nation building.”

It is clear from watching Maynard that there was something very special about Maynard Jackson Jr. We see it from the reverent way in which his political colleagues speak of him. We see it in the love and care his widow Valerie Jackson still reserves for his belongings and his legacy. We also hear it in the inspired music composed for the film by his son, musician Maynard Jackson III.

Yet, Maynard fails to explore how Jackson not only transformed the people around him and his own city of Atlanta, but also changed black politics more broadly. Jackson’s significance extends far beyond his commitment to affirmative action and minority enterprise. He is arguably one of the first modern black politicians. Through his efforts to foster global cosmopolitanism, expand equal opportunity and multiculturalism, develop a knowledge-worker sector and urban creative class, address inequality through market-based solutions, grow Atlanta’s arts and culture scene, and support burgeoning LGBT visibility, Jackson crafted a distinctly post-civil rights black politics. And he would prove a model not only for his African American successors in Atlanta but also for black Democratic leaders across the country, including Cory Booker, Kamala Harris, Deval Patrick, and Barack Obama. The documentary would have benefited from interviews with figures such as these and their perspectives on Jackson’s influence. By ignoring such perspectives, the film – which often barely skirts the line of hagiography – ironically understates Jackson’s influence on modern black politics.

Maynard is a celebration of the city of Atlanta and one of its most important citizens. Of course, there are moments that demand more nuance and greater contextualization. But ultimately it is a commendable tribute to a man whose impact can still be felt in Atlanta and beyond.

Maynard is available to view on Netflix, Google Play, Vimeo On Demand, Amazon, and iTunes.