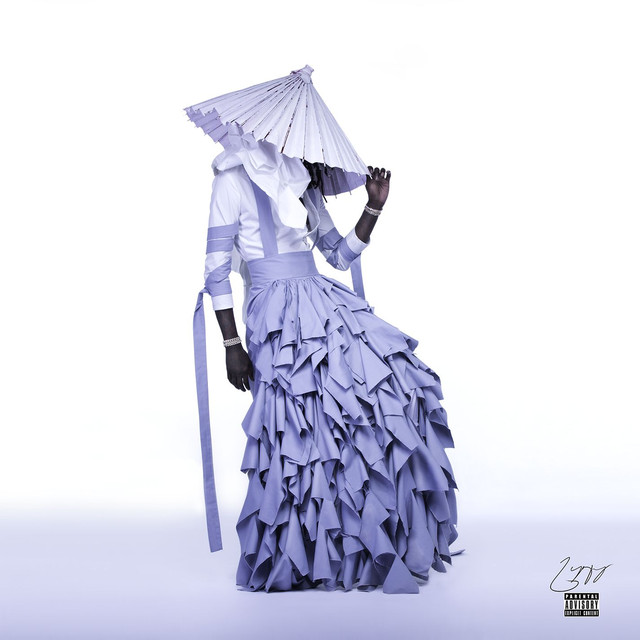 Since I began teaching at Georgia State University in 2013, I’ve become increasingly interested in place-based learning.

After attending last year’s Atlanta Studies Symposium and discovering the excellent resources available through Atlanta Studies and Teaching Atlanta, I decided to use Atlanta as the theme for my Fall 2017 Composition II course. My syllabus is now available on Teaching Atlanta. My course focused on urban studies and social justice, although, since students in freshman composition courses usually come from different disciplines, I chose to diversify our readings with selections from sociology, literature, and media studies. In class, we discussed how our perceptions of Atlanta intersected with the experiences of other residents presented in the readings. Like Ruth Yow and Sarah O’Brien, whose reflections on their course, “Documenting Atlanta,” were recently featured on Atlanta Studies, I was inspired by the city’s racially complex, “confused and confusing” history. My course encouraged students to think critically about the conflict between city planning that has historically discriminated against people of color and Atlanta’s simultaneous cultural identity as a “black mecca.”

For the course readings and in-class discussion, I paired theory with a combination of scholarly and popular sources to help students examine the intersections of sometimes abstract theories with lived experiences in Atlanta. To frame the course, I had students read Granville Ganter’s review of Michael Warner’s Publics and Counterpublics (2002), and facilitated an in-class discussion of Warner’s theory of counterpublics, or “publics aware of their subordinate status.”1 Then, students read Rodney Carmichael’s “Culture Wars: Trap Music Keeps Atlanta on Hip-Hop’s Cutting Edge. Why Can’t The City Embrace It?,” in which he contrasts Georgia’s tax breaks for and public endorsement of the film industry with its comparative lack of encouragement for what could be a promising hip hop industry.2 We also listened to hip hop recorded by local trap artists and observed how, in contrast with film, which uses Atlanta streetscapes to represent other places, the music produced here often refers specifically to places in Atlanta, despite the fact that the lack of mainstream policy endorsing trap artists has inevitably pushed trap music to a political periphery (something that has since shown promise of changing with the newest administration, since the new mayor, Keisha Bottoms, included two rappers in her transition team). Even as they promote this city, local musicians thrive despite public policy, not because of it.

Some students felt, like Carmichael, that trap music could bolster Atlanta’s economy, while other students worried that trap would lose its authenticity if it moved to the mainstream; it is, after all, a representation of resistance. Still, my students all agreed with Carmichael that “you can’t talk about the popularity of Traplanta without dredging up the socioeconomic mess that undergirds it.”3 They asserted, moreover, that this injustice is the primary problem that needs study, and they recognized that trap could help draw greater public attention to the underlying issues and injustices present in Atlanta. This discussion led students to see local trap artists and producers as a counterpublic and to have greater appreciation for the music industry’s contribution to Atlantans’ cultural identity.

For their final project, students then researched an Atlanta counterpublic of their own choosing. The assignment sheet asked students to identify a local event or figure with cultural significance but lack of major commemoration and to address why this topic has been neglected. So that they would have a wide variety of choices, I encouraged my students to interpret these terms broadly, indicating that only well-known memorialized events and figures, such as the 1996 Olympics and Martin Luther King Jr., would be unacceptable topics.

Many students, building on the discussions in class, chose to write about music. Some students chose to research specific local music labels, others local music festivals. One of the most compelling papers on music was Andrew Wilcox’s “The Impact of Trap Music on the Greater Atlanta Community.” In his paper Andrew analyzed the significance of trap to Atlanta’s identity, positing that the genre provides a means not only of escaping the “trap” but of broadening public awareness of black poverty across America. Similarly, in her paper “Young Thug: An Atlanta Icon,” Juliana Dasilva brightly described the influence of the rapper Young Thug, who, she asserts, exemplifies the inspirational appeal of the genre. Young Thug not only rose from an impoverished background, but, Juliana observes, he even bends norms within hip hop by dressing non-traditionally. She notes, for example, that on a recent album cover, he is wearing a couture dress, “something completely abnormal for a rapper from South Atlanta.” Young Thug is, she explains, a rebel within what is already a rebellious counterpublic. Isaiah Chapman also alludes to the music industry in his paper, “A Glimmer of Hope: Donald Glover and the New Black Creatives.” Examining the popular television program, Atlanta, Isaiah argues that on the show Donald Glover presents a uniquely realistic reflection of the experiences of black men in Georgia and that, in so doing, he creates inspirational characters and brings otherwise marginalized individuals into the mainstream.

These papers overall provided an optimistic perspective on Atlanta. Although they obviously acknowledged Atlanta’s socioeconomic problems, often students chose to focus on the positive outcomes. For example, in her paper, “Rebecca Ann Latimer Felton, the First Female U.S. Senator,” Noa Rhodes drew positive attention to a rarely-acknowledged female pioneer hailing from Decatur. Felton, the first woman to sit in the United States Senate, achieved notoriety in her own lifetime by campaigning on behalf of her husband and by rallying for female suffrage. Focusing on Felton’s accomplishments, Noa argues that the lack of celebration of Felton’s life indicates the persistence of the patriarchy in structuring our public memory. She does not address Felton’s blatant embrace of white supremacism, however, as Noa considers sexism against Felton the reason that she has been overlooked. Felton’s racism likely did not contribute to her lack of commemoration in Atlanta, since historically Atlanta has not stopped short of celebrating famous male white supremacists.

Sierra Kirkpatrick underscores this problematic issue in her paper, “Atlanta: A Crossroad.” Observing that a new statue of Martin Luther King Jr. was recently erected near a statue of John B. Gordon, a Confederate veteran who once headed the Ku Klux Klan, Sierra suggests that despite its reputation as a “black mecca,” Atlanta has not yet completely shaken off the impact of institutionalized racism. In doing so, she also charts the legacy of slavery in Atlanta and contrasts it with Atlanta’s whitewashed reputation as the city “too busy to hate.” Applauding the King statue as a sign of progress, Sierra nevertheless warns that the statue of Gordon, remaining in place on the Capitol grounds, demonstrates “how far Atlanta must still go.” Similarly, Qianmo Chen illustrates how a city’s reputation can lead to its misrepresentation by public media. In an insightful paper on urban studies, “East Point: Media and Reputation,” Qianmo described the online depictions of East Point. Examining responses to a realtor’s citation of crime statistics in the neighborhood, Qianmo analyzes the figures and questions their contextualization. Her paper brilliantly applies critical thinking skills to deconstruct the motivations underlying the realtor’s slander of the neighborhood.

Macy Newbury, on the other hand, used the opportunity to pursue a topic with a more tangential tie to Atlanta: Polycystic Ovary Syndrome (PCOS). In her paper “Put a Stop to the 80-Year-Old Disease,” Macy posited that sufferers of Polycystic Ovary Syndrome (PCOS) constitute a counterpublic, considering the minimal attention given to their condition by the medical community relative to its pervasiveness and the gravity of its side effects. Atlanta has a unique tie to this community, as the city is the headquarters for a national PCOS awareness organization, PCOS Challenge: The National Polycystic Ovary Syndrome Association. Meanwhile, in her essay “Sex Trafficking in Atlanta,” Anaya Pollard offers another commentary on gendered counterpublics in Atlanta, examining the issue of child sex trafficking in the city. Anaya observes not only the statistics involved but the assortment of causes, including the insufficient policing of johns.

These exceptional student papers illustrate the broad spectrum of topics that can arise from an Atlanta themed composition course. Notably, several papers were subsequently featured in a Student Showcase on the Department of Lower Division Studies’ website. In addition to critical thinking and research skills, students acquired new knowledge about their city in this course. Perhaps most excitingly and promisingly, students became more invested in their school’s community and its future. I hope that this material, paired with the invaluable resources available through Atlanta Studies and Teaching Atlanta, will inspire both teachers and students to delve further into the fascinating dynamics of our city.