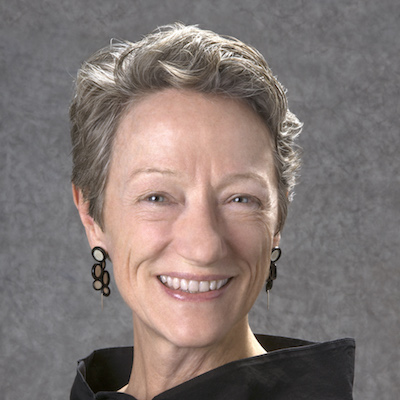 We are excited to announce that the Ellen Dunham-Jones will deliver the Cliff Kuhn Memorial Keynote Lecture at our 2018 Atlanta Studies Symposium on April 20, 2018. Her lecture will be entitled “Retrofitting Suburban Atlanta in Response to Changing Demographics and Desires.”

Ellen Dunham-Jones is a professor of architecture at the Georgia Institute of Technology where she directs the MSUD degree. An authority on sustainable suburban redevelopment, she is co-author of Retrofitting Suburbia: Urban Design Solutions for Redesigning Suburbs (Wiley, 2009, 2011, 2013). The award-winning book’s documentation of successful retrofits of aging suburban property types into healthier, more sustainable places has received significant media attention in The New York Times, PBS, NPR and is the subject of her 2010 TED talk. She continues to grow her database of suburban retrofits and lectures frequently on retrofitting, urban design pedagogy, and – most recently – autonomous vehicles. In 2017 she was named to Planetizen’s list of the 100 Most Influential Urbanists of all time. She serves on several national committees, is a Fellow of the Congress for the New Urbanism and is working to improve the national standards for teaching architecture students about cities. She received undergraduate and graduate degrees in architecture from Princeton University and taught at the University of Virginia and Massachusetts Institute of Technology before joining Georgia Tech’s faculty to serve as Director of the Architecture Program from 2001–2009.

Dunham-Jones’s lecture will address how Atlanta’s suburbs are accommodating a growing influx of displaced low-income urbanites, aging baby boomers, and millennial singles and families. The needs and preferences of these diverse groups are prompting suburban planners to look to the city’s core for solutions and services, a dynamic that spotlights the 2018 symposium’s theme, “Atlanta: City + Region.”