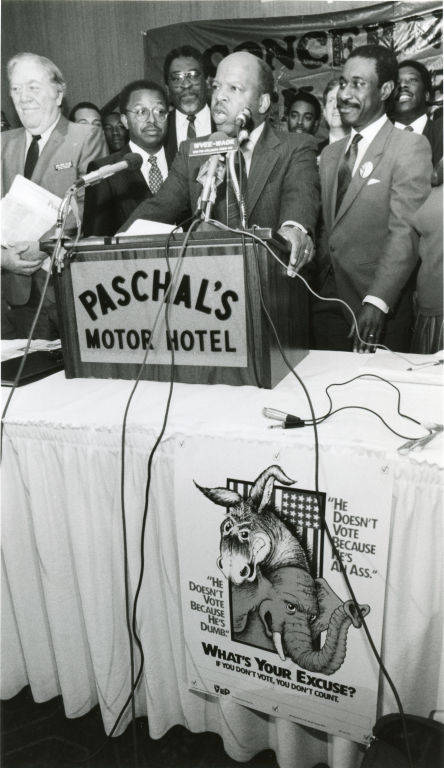 Book Review: The Color of Money

More than 150 years after slavery officially ended, the wealth gap between black and white Americans remains a persistent feature of our society.

The gap stood at 1:5 in the early 1980s, but after the Great Recession the gap has grown to 1:6.1 Mehrsa Baradaran’s new book, The Color of Money: Black Banks and the Racial Wealth Gap, tries to parse through the economic, historical, and political factors that have limited African Americans ability to grow wealth. Ambitious in its scope, the book’s dual objective is to document the systematic and structural nature of the forces that have limited black wealth accumulation throughout American history, as well as to scrutinize the proposition that “black banks” and “black capitalism” are the key to closing the gap. For some, banking and business have represented the ability of black communities to pull themselves up by the bootstraps, rather than relying on government handouts. For others, they have represented the ability of black communities to take control of their economic destinies, rather than being beholden to an exploitative mainstream economy, and to eventually even gain political power through economic strength. Baradaran’s book is largely devoted to explaining to a popular, non-expert audience why these two tools cannot be exclusively relied upon to meaningfully address the racial wealth gap.

The first chapters of The Color of Money recount the early histories of African American banks, created after the Civil War and throughout the Jim Crow era. Their leaders faced a lack of any governmental support and the constant threat of violence while also being undermined by white bankers in the mainstream banking industry. Chicago saw its leading black bank fall during the Great Depression because its white peers considered it “a little nigger bank that does not mean anything” and so denied it a short-term loan it was otherwise qualified to receive (73). Threats of violence always loomed large over economically prosperous black communities, as evidenced by Atlanta’s 1906 race riot as well as Tulsa’s 1921 one, where white mobs burned 18,000 homes and killed nearly 300 (mainly black) people in an area known as the “Negro Wall Street.” Baradaran describes the remarkable successes of some of the earliest black banks despite these formidable odds. She underscores the important role played by black churches and fraternal associations in making these banks a success, such as the support Wheat Street Baptist and other congregations gave to Atlanta’s Citizens Trust Bank in its early days.2 These banks then became a vital source of loans for African Americans who wanted to grow a business or buy a home.

The book’s strongest sections are chapters 3 through 5, which offer an in-depth historical and economic analysis of why the racial wealth gap remains such an enduring feature in our society. Baradaran explains how, for most of the twentieth century, the very federal and state policies credited with creating America’s large middle class systematically excluded African American communities. From the G.I. Bill to federally insured mortgages, public policy worked aggressively to support a wealth-promoting credit expansion in non-black communities only. The end result was that by the 1960s America had a largely white middle class – with home equity as their primary asset – and a largely poor black population. Moreover, these chapters lay out precisely how racism, in both its de jure and structural forms, have continuously burdened black families with lower priced assets (whether the value of a home or a business) and higher debt loads, and forced them into more economically fragile neighborhoods. Baradaran documents how spatial segregation in North and South alike lead to an “economics of the ghetto,” with unequal credit markets and unequal access to public amenities which ultimately trapped black families in a cycle of poverty. The reader is walked step by step through just how difficult it is to break the economic logic set in motion by the “triple forces of racism, poverty, and segregation” that perpetuates black asset poverty (144).[/vc_column_text][vc_column_text]In an economic system built upon such a racialized ordering, black banks could not serve as an effective engine for wealth creation, Baradaran argues. As she explains, a world where whites started out with all the property and blacks none of it resulted in “a positive feedback loop for whites and a negative one for blacks” (96). In a world of Jim Crow (in the South) and racially restrictive covenants (in the North), banks simply could not work their “money-multiplying magic” in black communities (13). She also effectively contrasts the African American experience with the experience of white European immigrants, whose integration into the mainstream economy through the banking and credit system were facilitated by public policy at the same time as blacks were kept economically separate and unequal.

However her analysis is likely to face some criticism from a more expert audience. Specifically, Baradaran at times blurs the distinctions between banking, money supply, and the overall banking system. This lack of precision leads her to undersell the role black banks can play in wealth creation. For example, she does not recognize the extent to which black banks may have slowed the flow of assets out of black communities, not merely acting like “a sieve through which money drained into mainstream white banks and the mainstream, exclusionary economy” (95–96). Would there have been any non-predatory access to credit for business formation or home ownership absent these institutions in a pre-civil rights America? Black bankers may in fact have maintained some small degree of “control of the black dollar,” by creating a channel to recycle some resources inside the black community (95). For example, loans from two prominent black banks in mid-century Atlanta, Citizens Trust and Mutual Federal Savings and Loan, helped build the Sweet Auburn neighborhood, the one-time commercial center of Atlanta’s black community, as well as several middle- and upper-class African American residential neighborhoods in Atlanta such as Hunter Hills and Collier Heights.3 Baradaran’s wider point is well taken, though: black banks do not have the exact same economic multiplier effect in their respective communities as mainstream banks might exert on the mainstream economy. But the claim that they have no impact or even a negative impact is not well supported by her analysis.

Moreover, Baradaran’s analysis of the weakness of black banks is never balanced with an analysis of the economic benefits of these mission-based lenders (e.g. a lender that operates with both social and financial goals). While she is correct when asserting that black banks – like other mission lenders – face high operating costs, a weak asset mix, and volatile deposits, she fails to recognize that profit maximization is not the goal of these institutions nor does she adequately acknowledge the benefits they bring to the communities in which they operate (278). Minority-owned banks are crucial providers of credit and affordable financial services to both minority and low-and moderate-income (LMI) neighborhoods and minority businesses. For example, here in Atlanta, many now legendary black businesses got started thanks to loans obtained from black banks like Citizens Trust including most famously the Atlanta Daily World, the first black daily newspaper in all of America, and Paschal’s Restaurant and Motel.4 Even today, Minority-owned banks are more likely to be located in areas with high minority populations, as well as in areas with more LMI households.5 About 38 percent of Minority Depository Institution (MDI) small business loans are made to businesses in LMI neighborhoods, compared to 21 percent of loans from nonminority banks. A 2014 report by the Federal Deposit Insurance Corporation found that 67 percent of mortgages originated by black banks went to black borrowers, compared to a less than 1 percent share for non-MDIs.6 Baradaran’s lack of analysis of the benefits of minority banks is all the more surprising given her conclusion that the preservation of minority-owned banks is essential because “they are the only institutions focused solely on closing the racial wealth gap” (279).

The book’s concluding chapters, focused on the failure of more recent efforts to close the racial wealth gap, are its weakest ones. Her increasingly polemical tone in this section of the book undermines her analytical rigor. The exception is her analysis of George Romney’s efforts to reverse segregation while running the Department of Housing and Urban Development. Here she outlines the economic forces limiting black asset accumulation in the 1960s, and how “[w]ithout structural change, the urban ghetto would never be a lure for wealth-building capital, only a magnet for exploitation” (260). Otherwise, in these chapters Baradaran focuses on political analysis and rhetorical quips. While a few useful nuggets are buried in these final chapters – including an interesting history of the current federal suite of minority entrepreneurship and minority banking programs – instead of addressing the question of whether black business promotion could support wealth creation, she instead focuses on recounting how black capitalism has been used by politicians as “a decoy” in place of an “honest accounting of a systematic problem” or in lieu of more directly addressing the roots causes of poverty and economic exclusion in black communities (206). She offers no analysis of local minority set aside programs, like the minority business enterprise program established by Atlanta’s first black mayor Maynard Jackson that is often considered a successful public policy effort to grow strong black owned businesses. Instead she only examines the history of federal set-aside programs and highlights their design flaws.

All in all, The Color of Money may be useful to some advocates and select policymakers as they try to understand the origins of the racial wealth gap and the range of policies that have failed to reduce it. Though at the outset Baradaran states that her goal is not to offer solutions, she at least offers a useful set of cautionary notes about the ineffectiveness of current policies that aim to support minority owned banks and minority owned businesses. Her calls for policymakers to focus on solutions that can break the market dynamics that perpetuate exclusion and discrimination in the economy are also useful, especially when paired with her analysis of some of those market forces. While her analysis at times results in exaggerated conclusions, overall her book serves as a useful accounting of the myriad ways wealth accumulation in black households has been stymied by both governmental action and persistent racism in contemporary America.

The author would like to acknowledge the research assistance Ashley Bozarth provided in drafting this review.

Sameera Fazili is a senior adviser to the Federal Reserve Bank of Atlanta’s community and economic development group specializing in economic mobility issues.