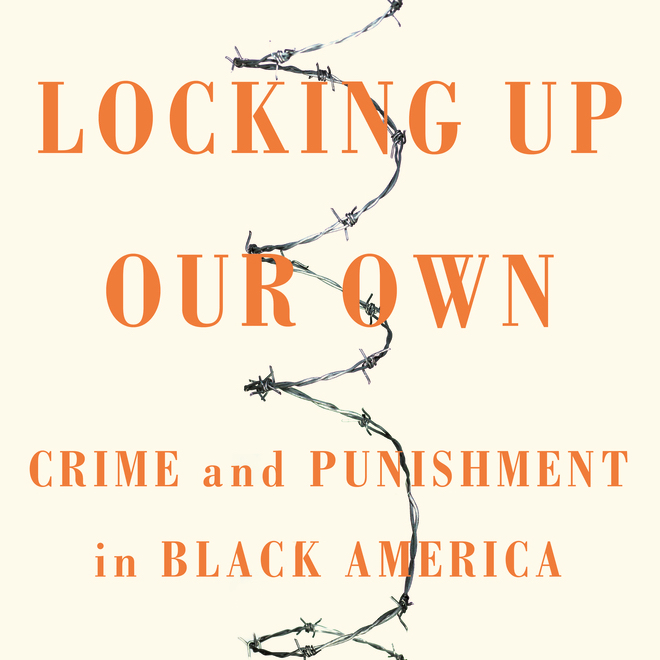 Book Review: Locking Up Our Own

On October 2, 2017, the Atlanta City Council voted unanimously to decriminalize possession of small amounts of marijuana.

City council member Kwanza Hall linked the city’s punitive drug laws to mass incarceration, explaining, “Ninety-two percent of the people arrested for marijuana possession of less than an ounce and who are in our jail are African American, and that is wrong. We should be ashamed of ourselves, and we have to change this law immediately.”1 Atlanta mayor Kasim Reed signed the ordinance into law the following week. In moving to decriminalize marijuana, the city’s black political leadership sought to reform structures within in the criminal justice system that were established during the turbulent 1970s and 1980s by their African American predecessors.

In Locking Up Our Own: Crime and Punishment in Black America, James Forman, Jr., a professor at Yale Law School, examines how black political officials in Washington DC, Atlanta, and Detroit, among other cities, responded to the growing violence and crime devastating black urban communities. He argues that these political leaders, many of whom were active in the civil rights movement, were also among the most ardent advocates of policies that we now recognize as foundational to the development of mass incarceration – including the criminalization of marijuana, gun control, mandatory minimums and maximums, militarized policing, and stop-and-search. Though Forman is rather critical of these decisions, he takes seriously the real crisis of crime in black communities in the 1970s and 1980s as well as the political and economic constraints that limited black officials’ responses to this issue. In doing so, he provides a firm but fair analysis of the politics of crime in black America that serves as a cautionary tale for today’s criminal justice reformers.

Forman tells this story in two parts. The first, “Origins,” explores how African Americans responded to the crisis of crime in the 1970s by advocating for the criminalization of marijuana, stricter gun control, and the integration and subsequent expansion of the police force. Examining Washington DC in particular, where he was a public defender in the 1990s, Forman argues that black political officials were responding to the very real concerns of their black constituents, who demanded that they “do something” about crime in their neighborhoods. Black political leaders passed punitive laws that addressed the immediate concerns of black citizens. Forman also contends that these political leaders proposed an “all-of-the-above” strategy. They wanted stricter law enforcement policies to deal with the immediate problems, and also called for broader structural changes to address the roots of crime. When advocating before the House Judiciary Committee’s Subcommittee on Crime, for example, Atlanta mayor Maynard Jackson conceded that gun control would not address ‘the social causes of crime.” He argued, “Black Americans are economically oppressed but while we address that … we must address the additional problem of the presence of handguns” (63). While black leaders advocated for a variety of strategies, passing tough-on-crime legislation was ultimately more politically feasible than broad-based social change.

The final chapter of the “Origins” section of the text chronicles the rise of black police officers. Here, the history of Atlanta’s first eight black police officers illustrates Forman’s broader argument about the role of class in shaping black political leaders’ understanding of criminal justice concerns. Forman describes how in the late 1940s, black community activists such as John Wesley Dobbs and Martin Luther King, Sr. petitioned Atlanta mayor William Hartsfield for the inclusion of black police officers, who they believed would be better able to “interpret Negro problems and Negro people” (Atlanta NAACP as quoted in Forman, 84). The black elites’ call for black police, Forman suggests, stemmed in part from their disdain at being abused by “white officers who have no regard for the social standing of colored men or women” (Commission on Interracial Cooperation as quoted in Forman, 83). Indeed, when police departments began to integrate, black officers sought to make black communities safe for “law-abiding,” middle class black people and policed working-class blacks as aggressively as their white counterparts. Forman suggests that black police officers boosted the tough-on-crime movement, often with the support of the black middle class.

The second section of Forman’s text, entitled “Consequences,” examines how black leaders intensified their punitive responses to issues of drug and gun crime in the 1980s. In the chapter on the war against crack cocaine, he demonstrates how the black police chiefs were among the chief architects of “warrior policing.” As the violence accompanying crack addiction and sale ravaged black communities, many city police departments, which were headed by black chiefs like Eldrin Bell in Atlanta, countered forcefully with militarized policing tactics. Once appointed in 1990, Bell declared a “war on drug dealers” and argued, “Unless we arrest them, incarcerate them, and spit then back out with only their underwear, they’ve beat the system” (as quoted in Forman, 166). Forman argues, “The fight against crack helped to enshrine the notion that police must be warriors, aggressive and armored, working ghetto corners as an army might patrol enemy territory” (156). Here in Atlanta, the infamous Red Dog, or “Running Every Drug Dealer Out of Georgia,” squad was on the front lines of this “war.” Formed in 1987, the Red Dogs were accused numerous incidents of police misconduct before finally being disbanded in 2011.2 Forman concludes that the War on Drugs fostered “a culture of impunity” in police departments, which led to “less violent, but more common, police intrusions into the daily lives of black citizens” (171).

The book’s final chapter considers pretext-stop policies such as stop and search, which then-United States Attorney for the District of Columbia Eric Holder proposed in Washington DC in 1994. Under Operation Ceasefire, police were able to search vehicles for illegal weapons but often found illegal drugs. Many were also quick to argue that stop-and-search was discriminatory against black people, particularly among the working class. Here, Forman emphasizes the parallels between the War on Drugs, and gun control, which he argues amounts to a War on Guns. As he notes, while black political leaders began to realize the destructive effects of the War on Drugs on the black community by the 1990s, they have yet to make the same connection between gun control, policing, and mass incarceration. Finally, in the epilogue, Forman examines recent criminal justice reform efforts aimed toward non-violent drug offenders, who comprise less than half of the prison population, and concludes that stemming the tide of mass incarceration will require extending the critical compassion afforded to non-violent offenders to violent offenders.

What Forman does especially well in this text is address the central question concerning the role of black Americans in supporting punitive policies: how could they? Forman approaches this question from several different angles that get at the complexity of black politics in the post-civil rights era. He emphasizes how class stratification within African American communities informed debates about black criminality and criminal justice, arguing the such intra-racial class dynamics “drove elected officials toward a tough-on-crime stance in some predicable ways,” such as supporting longer sentences for crimes against black-owned property (13). Forman also underscores the structural constraints that black political leadership faced while in office during periods of economic decline and shrinking federal support for social service programs. While black politicians demanded more funding for jobs, schools, and decent housing in addition to tougher criminal justice laws, they received the most support for crime laws that fit into the conservative national governing agenda of the 1970s and 1980s. Nonetheless, Forman’s most significant intervention on this question is his focus on the incrementalism of the construction of mass incarceration, as he suggests that, “The incremental and diffuse way the war on crime was waged made it difficult for some African American leaders to appreciate the impact of the choices they were making” (12). Unraveling the system of mass incarceration then, Forman suggests, will require similar gradual moves through the choices of people and institutions that have the power to impact policy.

For all its strengths, the text has some shortcomings that are important to recognize. First, Forman fails to contextualize the decisions that black political leaders made within broader political economies. For example, in his account, the concerns of black residents of Washington DC were the most significant factors compelling black city council members’ support of punitive policies. However, while their concerns may have been important, there were certainly other important political and economic concerns driving these policies. In Atlanta, for instance, the crime control efforts of Maynard Jackson and black members of the city council were driven largely by their commitment to a pro-growth governing framework, and in particular, advancing the city’s convention and tourism economy.3 In their view, Atlanta had to be made safe not only for those black Atlantans calling for stricter laws but also for the tourists whose money the city’s economy depended upon by the 1980s. Forman’s interpretation of the complex motivations of black political leaders would have been strengthened with more consideration of the intersections between policy and economy in DC’s local politics.

Second, Forman could have more adequately explored the debates concerning these policies among African Americans. According to Forman, policies such as marijuana criminalization, gun control, and mandatory sentences had widespread black support across class lines. Yet, as alluded to above, the representativeness of the selected evidence is not clear. Were there not people contesting these policies? For example, when Atlanta expanded the power of the police after the murder of conventioneer Marc Tetalman in the summer of 1979, some black Atlantans formed a group called People United for Freedom that protested the heightened police activity and increased police harassment of working class black people.4 Similar sorts of dissent likely arose in Washington DC concerning policies that intensified policing in the black community, but Forman’s account elides potential ideological divisions among black Washingtonians.

Despite such oversights, Forman has written a compelling narrative that illustrates how the road to mass incarceration was paved with good intentions. As activists and political officials here in Atlanta seek to reform the criminal justice system, Forman shows us that rolling back mass incarceration will require policy that considers both present and future circumstances. Like the local political leaders who sought to reform the criminal justice system to protect black victims of crime, we cannot predict the future. Yet, the history of mass incarceration, as illuminated by Forman and others, enables those committed to reform to learn from the mistakes of their well-intentioned predecessors.