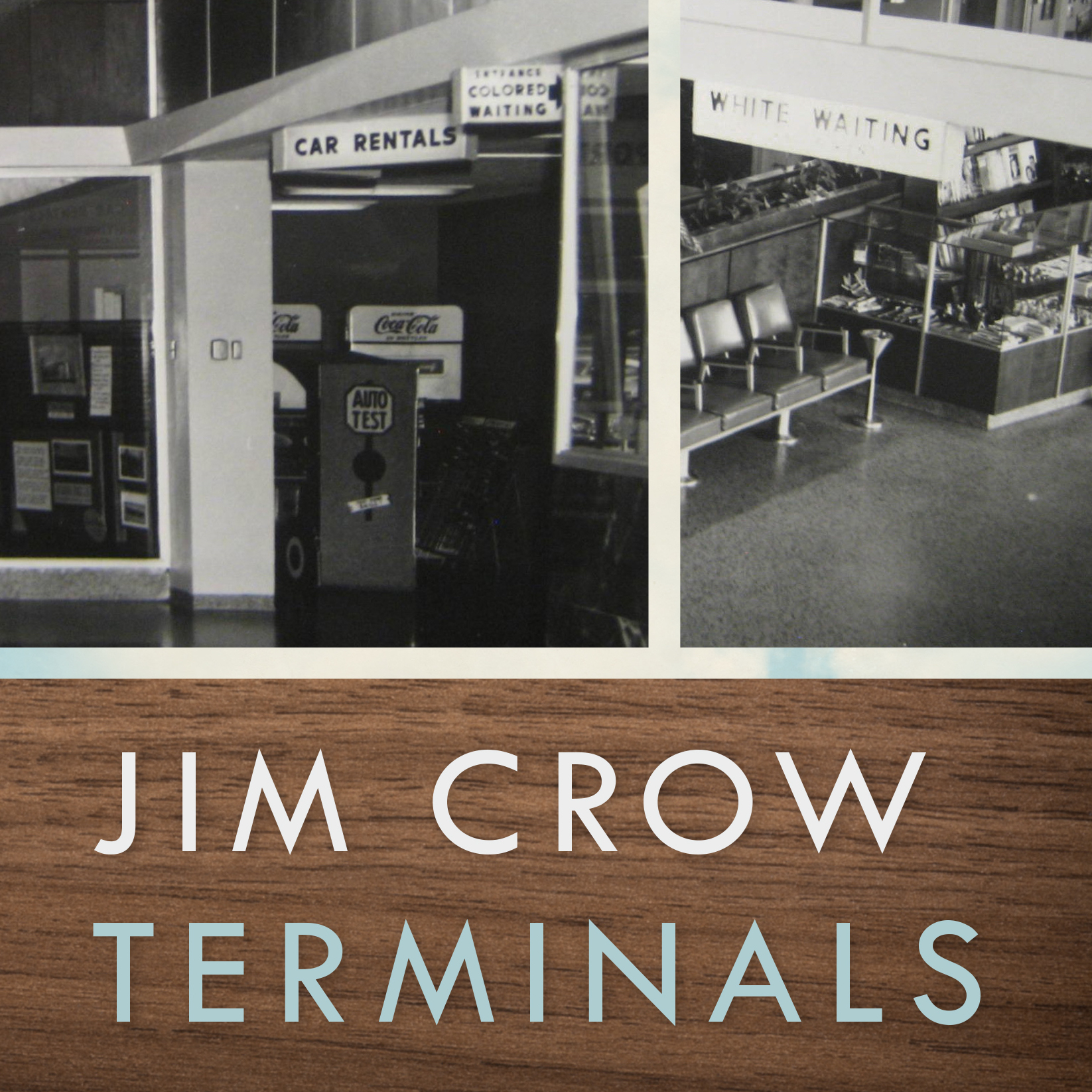 When a crowd of prominent Atlantans and journalists gathered to inaugurate the city’s new air terminal on May 3, 1961, the significance of the event was lost on no one.

Though Atlanta boosters already considered their home the “capital of the South,” a Jet Age airport promised to put what had once been a minor railroad town within a day’s reach of London and Paris – and, in the minds of some Atlantans, on the same plane of international significance as those great world cities.

But Eugene Black, the president of the World Bank and grandson of “New South” booster and Atlanta Constitution editor Henry Grady, cautioned that the airport’s ability to transform Atlanta’s international standing might not strike all Atlantans as a positive development. “The challenge of this airport is that it brings the world much closer to you,” he told the crowd. This “means adjustment, accommodation, compromise, and change.”1

In the heart of the civil rights era, the meaning of Black’s cautionary advice was unmistakable – and not just in Atlanta, the most aviation-oriented city in the former Confederacy. Jim Crow Terminals, Anke Ortlepp’s incisive new history of the desegregation of American airports, demonstrates that almost every southern city grappled with the cultural and political significance of air travel during a time when racial segregation and black disfranchisement remained the foundational principles of civil society. Ortlepp, a historian at the University of Kassel, makes a compelling case that the rise of modern American aviation and the seismic shifts in southern race relations during the 1960s are important parts of each other’s histories. To the region’s most ardent segregationists, the Douglas DC-4s and Lockheed Electras landing from faraway cities on shimmering southern runways augured a kind of rapid integration (racial or otherwise) with the rest of the country that threatened the South’s white supremacist social order.

To civil rights activists, on the other hand, the infrastructure of aviation presented itself as a new and important “protest territory” where black people could assert their dual rights as consumers and citizens (37). These movements clashed in a brief but intense moment in the late 1950s and early 1960s through legal battles, regulatory maneuvering, local activism, and physical confrontation. The main issue was, on its face, whether spaces at southern airports such as restaurants and bathrooms were subject to the same segregation laws as similar facilities elsewhere. Yet all understood that a more fundamental question was at stake: whether the “liberating potential” of air travel would be available to all southerners in equal measure, or whether segregationists would succeed in retrofitting aviation for an apartheid society (6).

Jim Crow Terminals belongs to a relatively recent generation of histories of the civil rights era that place particular emphasis on the tangible physical experiences of southerners, particularly black southerners, in the segregated South. Books such as Blair Kelley’s Right to Ride and James Loewen’s Sundown Towns have shown that while the threat of prosecution or extralegal violence always lay at the heart of Jim Crow, most people on a day to day basis experienced the system spatially – that is, as a complex and constantly shifting logic that governed which elevator black people could use, which side of the street they were permitted to walk on, and where they could sit, stand, or eat.2 It derived its power partly from its unpredictability. Using legal documents, newspapers, and institutional and government archives among her sources, Ortlepp does an admirable job of assembling her evidence to show that white southerners’ attempts to incorporate airports into the South’s “landscapes of segregation” were no different. Analyzing historical photographs as well as responses to surveys conducted by Michigan congressman Charles Diggs, the first chairman of the Congressional Black Caucus, Ortlepp demonstrates that some cities created formally segregated airport spaces while others demanded compliance with Jim Crow “tradition” even when such spaces did not physically exist. Often, what whites expected of black air travelers – few though there may have been – differed substantially even within a given airport.

For example, in Norfolk, the airport restaurant was segregated but its coffee shop was not, while at Chattanooga’s terminal the restaurant was integrated but the bathrooms were not. The variation in Jim Crow policy at airport facilities was consistent with the deliberate arbitrariness that undergirded the entire system. It might have also reflected some ambivalence on the part of local bureaucrats about whether segregation was necessary. The Hot Springs, Arkansas, airport manager told Diggs that the “class of colored people” who flew through his terminal meant there was no need to separate the races, while in Montgomery the stark colored and white water fountain signs were somewhat softened by stickers below, which added, in smaller type, “may use this” (28, 124–25) Though minor, these gestures point to an understanding that there was something different about air travel and its “essentially postwar character” that distinguished it from other aspects of southern life to which Jim Crow had long applied (5).

As airlines carried more passengers across the South with every passing year, these aspects that set aviation apart eventually enabled Jim Crow’s opponents to eliminate segregated facilities from southern aviation a full two years before passage of the Civil Rights Act of 1964. Jim Crow Terminals serves as an illuminating case study of how piecemeal and often only tangentially related efforts of disparate anti-segregation groups – among them civil rights advocates, local lawyers, members of Congress, and federal bureaucrats – ultimately achieved a common result. Often activists took advantage of aviation’s potential to focus the news media’s attention by virtue of its modern image and existing links with global commerce. In Durham, North Carolina, black college students affiliated with a local NAACP chapter heard that President John F. Kennedy was scheduled to open an international trade fair at the Raleigh-Durham airport and announced their intention to protest his visit if the airport bathrooms were not integrated beforehand. Wishing to avoid the appearance before foreign visitors that Kennedy’s visit to the terminal signified an endorsement of segregation, his advisors negotiated with the airport board and the signs were removed.

Where political pressure did not work, seeking legal remedy was a surprisingly effective option. Atlanta was one such place. Perhaps more than any other city, the south’s largest aviation hub struggled to balance the national prominence that its civic boosters desired, its existing status as a center of black political and cultural life, and its unavoidable legacy of Jim Crow discrimination. No better example existed than the Dobbs House airport restaurant. The dining room walls featured “scenes of plantation life” and guests were greeted by Alphonso Smith, a black employee dressed as the Joel Chandler Harris character Uncle Remus (38). To add injury to insult, the Dobbs House maintained a policy of segregation but made no attempt to treat black customers equally; both Sidney Poitier and Martin Luther King Jr. were asked to sit behind a screen or “a dingy compartment” (39). Yet it was neither Poitier nor King who set in motion the legal battle that ended this policy, but rather an insurance executive from Birmingham with the ironically Atlantan name of H. D. Coke. Coke sued the city after the Dobbs House made him the same offer when he attempted to eat during a layover on August 4, 1958. The incident provoked a sit-in at the airport restaurant the following year, organized by the Congress of Racial Equality, and for the first time prompted a federal judge to determine if local governments were liable for discriminatory actions of independently owned businesses at municipal facilities. Judge William Boyd Sloan concluded that they were, and in January 1960 issued an injunction banning the city or any of its concessionaires from “making or enforcing any distinction based upon race or color” at the airport (74).

On other occasions still, changes came not from those on the ground but from Congress and the increasingly powerful federal aviation bureaucracy. In a part of the country where segregationists wielded “states’ rights” not just as a rhetorical device but as a seemingly insurmountable legal doctrine, commercial aviation was a rare instance in which the federal government’s role was indisputable. The Department of Commerce awarded routes, set prices, and forbade racial segregation on airplanes themselves, while the South owed its modern airport infrastructure to the largesse of the Federal-Aid Airport Program (FAAP). Just as Jim Crow’s southern supporters had suspected, the prominent federal presence in aviation policy created an opportunity to demand integration. It was ultimately Washington’s role as financier, however, that provided the greatest impetus. Many centrist and even some liberal politicians from outside the South were more than willing to let southern state governments structure their societies as whites saw fit; far fewer were willing to let federal funds help them do so. Southern obfuscation tested federal patience. In 1960, federal officials learned that New Orleans politicians had lied on their application for federal funds about whether their city’s new terminal at Moisant Field (today Louis Armstrong International) would have segregated facilities. The same year, new rules were issued restricting FAAP subsidies to safety-related projects, ensuring that federal funds would no longer help build new segregated terminal buildings.

Ortlepp describes these and other legal battles over airport segregation in methodical detail. If Jim Crow Terminals falls short in any regard, it is that Ortlepp seems to assume readers will already bring to the book a similar depth of knowledge about the cultural context of commercial aviation in the 1960s – that is to say, a knowledge of why all parties involved believed that aviation mattered. Ortlepp alludes in the broadest terms to notions of “modernity” and “a national culture of air-mindedness” (6). But save for a brief but fascinating look at airline ads oriented toward African Americans, Jim Crow Terminals leaves largely unexplored the rich archive of pop culture material illustrating the immense cultural significance that participation in the Jet Age held for consumers, politicians, and business-minded urban boosters.

Atlanta’s contribution to this culture of commercial aviation is important – and not just because more air travelers pass through its airport every year than any other. Aviation, Ortlepp concludes, “proved one of the weakest bastions of white resistance” in the civil rights era (137). In so doing, it allowed the legacy of Jim Crow to persist on matters such as housing and education, while allowing cities like Atlanta to use the popular appeal of desegregated air travel as a means of projecting a conciliatory image to the rest of the country and to the wider world. This dual identity – one which reappeared in Atlanta’s bid for the 1996 Summer Olympics and still defines the city – would not be possible if not for the history told in Jim Crow Terminals. Even by the middle of the 1960s, outside observers already noted the discrepancy. “Physical improvement is apparent in Atlanta,” wrote a New York Times reporter in 1966, “but human betterment is less obvious.” Eugene Black’s advice, though prescient, was perhaps not necessary after all.3